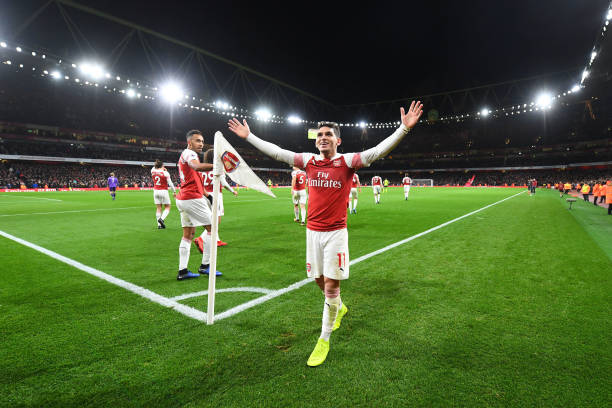 Lucas Torreira became Arsenal’s saviour today after he scored the only goal to give the gunners the three valuable points which will either fire them to the Premier League top four or be close to the first four teams on the table.

The gunners struggled in the first minutes of the game because Unai Emery was using a new formation which the players weren’t used to but they however later settled into the game. The first half ended 0-0 after the gunners missed a number of clear chances which could have given them a comfortable win.

The gunners tirelessly looked for a winning goal and it was all left to their defensive midfielder to get all the three points for them by scoring an acrobatic goal. It’s a very big relief for Unai Emery because it would have been embarrassing if they failed to beat Huddersfield Town even when they were the favourites to get the win. The Arsenal boss must have been impressed by the performance of the Uruguayan international and so here’s what he had to say about Torreira’s impact on the pitch.

“Last week he scored and today he scored again. He has quality and his interpretation of the pitch tactically, and his perception in attacking moments and defensive moments [is very good].” Unai Emery told Arsenal.com after the match.

“He’s very fast in his mind and his feet too. He can do very good work in defensive moments and, like today and last week, he can also get into the box and score.”