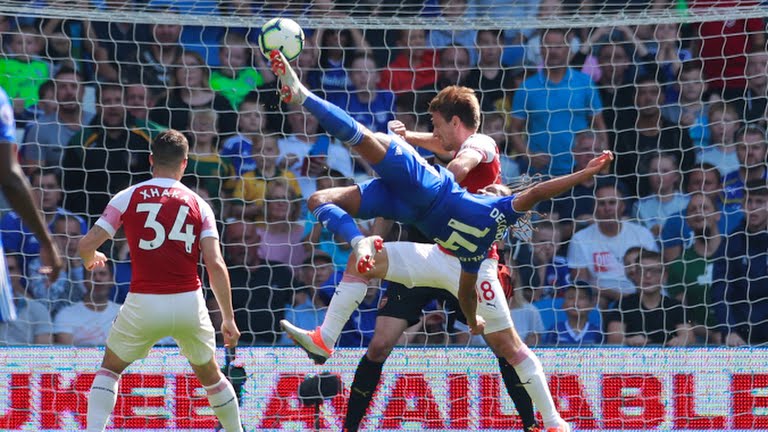 As Arsenal welcomes travelling team Cardiff City we proffer insight to the players who lift the banner over the visiting side at the Emirates Stadium. This match sees certain squad adjustment as the price for revival beckons for Unai Emery’s men in midweek.

This they have to do bearing in mind that football is not mathematic whichever way you can think of it.

As we know that no match is the same, we then evaluate three players that must standout to give Arsenal the desire result come Tuesday against Wales side Cardiff City.

The left back will likely be on show as he brings physical strength to the feeble Arsenal side. This may grant him the mode in that position as he featured alongside Mustafi in the Arsenal’s defence.

The fact that he can score goals and also provide flair and crosses to the Arsenal side from the left wings is enough reason for him to stake a claim for a positive performance as Arsenal entertains Cardiff at home.

Xhaka’s midfield relevance seems to have dwindled in recent matches as his performance as not the best he has had on an Arsenal shirt.

But as the saying goes that “form is temporal but class is permanent” we hope that’s the case for the Swiss international as we expect a credible performance from a player of his quality.

A goal won’t be a bad one from the midfield player as Arsenal need to be firing from all cylinders along in the season particularly with the home fixture against Cardiff City.

The Frenchman’s contribution will be widely desired again as they aim to shoot down their Welsh opposition at the Emirates.

With creativity around him in tandem with his ability to withstand pressure in the box, a goal is very much possible as the forward lines-up for Unai Emery’s men banning any last-minute changes for this fixture.