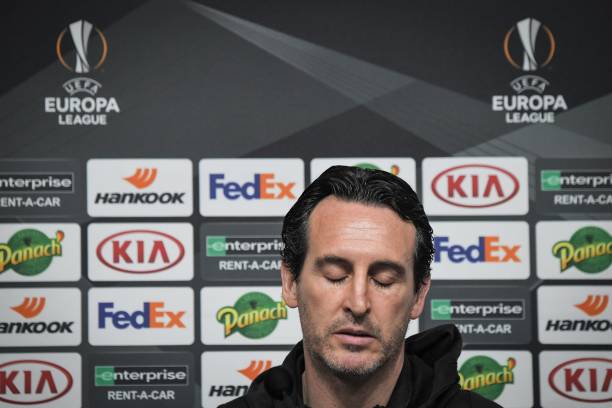 The UEFA Europa League returns tomorrow and Arsenal will welcome Rennes at the Emirates Stadium. Arsenal’s boss Unai Emery will be hoping to see his boys put on an incredible performance because they disappointed their fans in the first leg by losing 3-1 to this French side when everyone thought that the North Londoners were the favourites to win this match.

Rennes will face Arsenal at the Emirates Stadium while they are confident because they are in the lead on aggregate but the gunners have this season shown to be very strong at home because they have lost only three matches at their home ground in all competitions in this 2018/19 campaign. Arsenal head coach Unai Emery has said that the supporters will play a huge role in helping them defeat Rennes on Thursday.

The Arsenal supporters were applauded by the gunners boss on Sunday after they beat Manchester United 2-0 and he has now once again called onto them to create an emotional moment tomorrow when they face French side Rennes.

“We need to [focus] on tomorrow and create a very emotional moment in 90 minutes with our supporters.We need to be clear in our minds in the 90 minutes, very fresh and very cool to take the best decisions.” Unai Emery told Arsenal’s official website.

“I don’t think about [being favourites]. I only want to play the best possible match, doing all we can, with each player and the team.”

Arsenal’s boss Unai Emery will be hoping that they can turn around the first leg result as they did in their UEFA Europa League round of 32 encounter with BATE Borisov in February but it will this time require a lot of dedication because Rennes has a lot of skillful players that will definitely give the North Londoners a hard time.