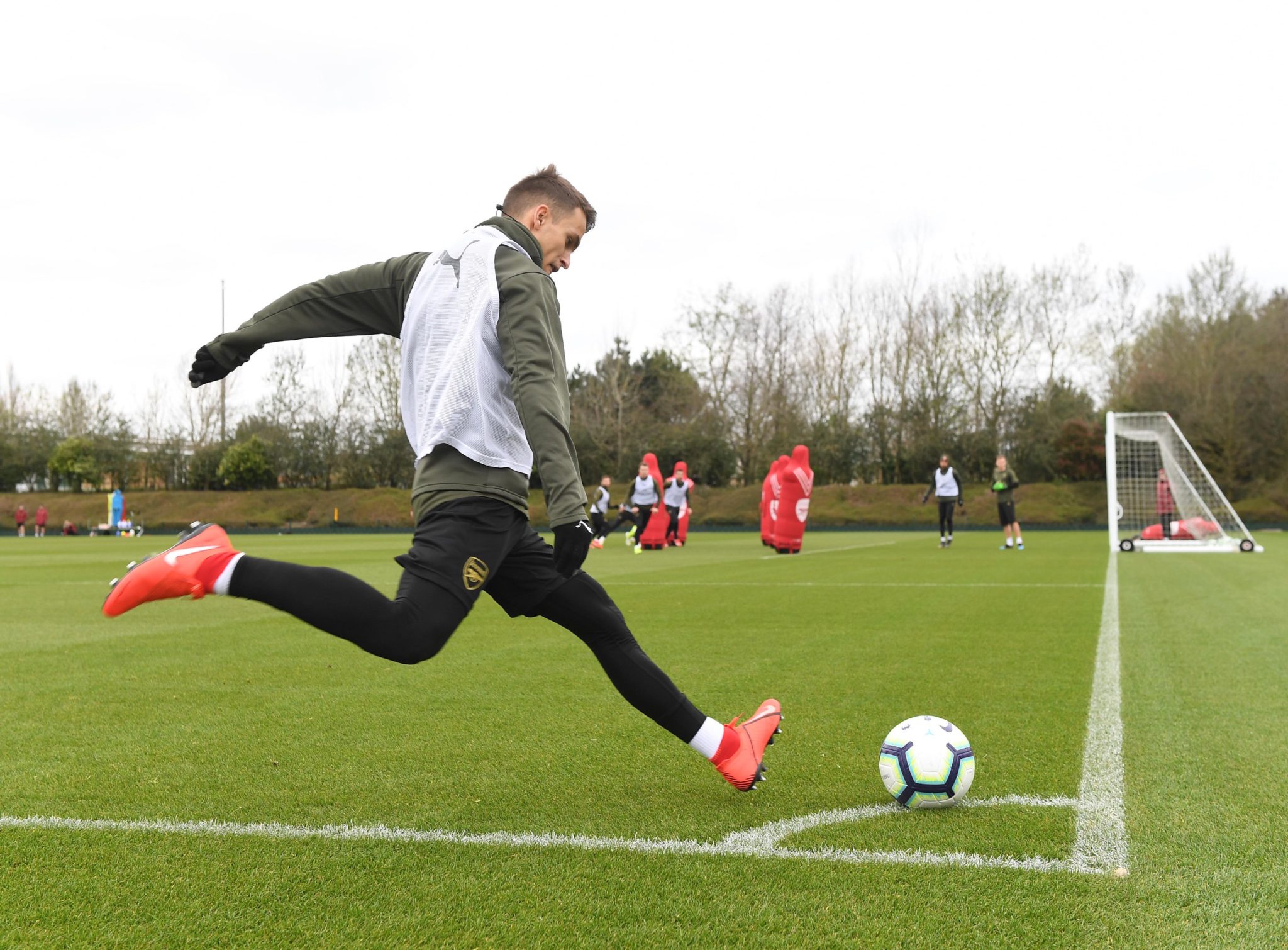 The gunners will tomorrow face Napoli at the San Paolo Stadium and the Arsenal squad has already arrived in Italy ahead of this epic encounter that will determine who goes into the UEFA Europa League semi finals. Arsenal’s January signing Denis Suarez was not in the squad that has gone to Naples.

Denis Suarez joined Arsenal on a loan deal from Barcelona in the January transfer window but he is however yet to start a match this season for the North Londoners because of reasons known to only Unai Emery. Arsenal has already released the latest team news ahead of this match and it’s been confirmed that Denis Suarez was left in London because he has a groin injury.

Denis Suarez has made only six substitute appearances for Arsenal this season and the Arsenal fans were impressed in his last one which came in their 2-0 win over Manchester United a few weeks ago but it seems like he has now got injured making his chances of getting a start become more slim.

This is one of the situations where you wonder why Arsenal decided to bring him to the Emirates Stadium in January when they could have just promoted one of their youngsters like Saka who has been very impressive in the Arsenal U23 squad. There’s still more games so maybe Denis Suarez could still make more appearances before the season ends.

Unai Emery reveals his game plan for the match against Napoli