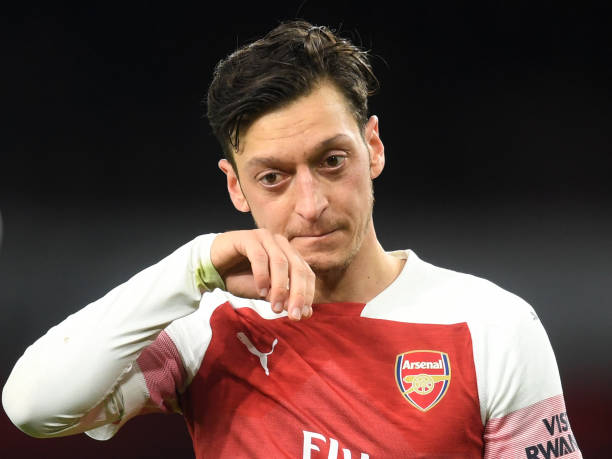 Mesut Ozil has this not been impressive for Arsenal this season if you compare his current statistics to that of the previous seasons. Mesut Ozil currently has five goals and three assists since the season begun and this is disappointing since he was better last season.

Many Arsenal fans will say that Unai Emery is the main reason why Mesut Ozil has failed to get back his form because the Spanish coach has sometimes left him out of the match day squads and as well as telling him to be tracking back to defend. Arsenal legend Ian Wright has however gave a different reason as to why Mesut Ozil who was once called the ‘ASSIST KING’ is no longer delivering as expected.

Ian Wright believes that the forwards of Arsenal are partly to blame for the poor performance of Mesut Ozil because they don’t make runs which he can spot hence him passing the ball instead of opening up the defences of the opponents.

“He only needs to glimpse you, same as Bergkamp. They only need to glimpse where you are and they will get the ball into you.” said Ian Wright via Daily Star.

“I believe some of the time the movement up the front is not good enough to really take full advantage of someone like Mesut Ozil.”

Some of the Arsenal fans will agree with Ian Wright because Mesut Ozil might have not got used to Aubameyang and Lacazette’s playing styles yet they are their current strikers. Mesut Ozil formed a great partnership with Olivier Giroud in the five years, they played together so these two must have linked up well with each other since they spent a long time playing together.