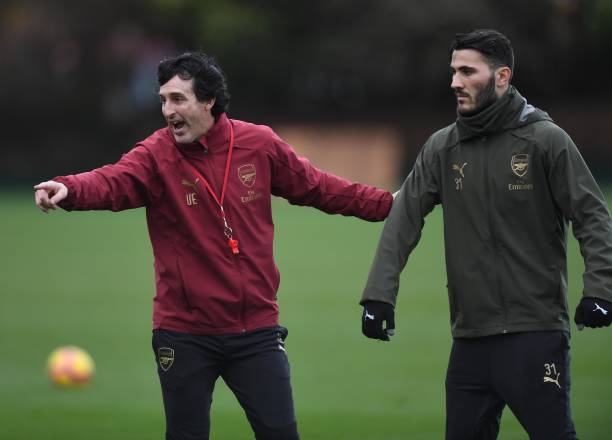 Arsenal appointed Unai Emery as their new boss in May last year and he has already formed a great relationship with the players including Sead Kolasinac who has been very impressive in the wing back position this season.

The Arsenal fans are also happy with the current progress of their team under Unai Emery because they are in the fourth position on the Premier League table and are also in the UEFA Europa League quarter finals. These stats are pretty good for a coach who is managing an English club for the first time in his managerial career.

Sead Kolasinac has made a number of appearances this season because his speed on the left flank has shown that he is perfect when playing as a wingback. The Bosnian international has praised Unai Emery and also says that the boss shows them video analysis to improve on their playing style.

“He’s a very good coach. Technically he works a lot with us and shows us a lot of video analysis. He picks up on things we aren’t doing so well on. It helps us and brings us forward.” Unai Emery told Sky Sports.

“It is nice for us to see what we can improve so we can discuss it and make sure we stop those mistakes in the next game. It’s working well for us.”

Unai Emery has been credited for improving some of the Arsenal players like Sead Kolasinac, Alex Iwobi, Rob Holding (before he got injured) and Granit Xhaka this season.

Unai Emery speaks out on Lacazette starting in the Everton match