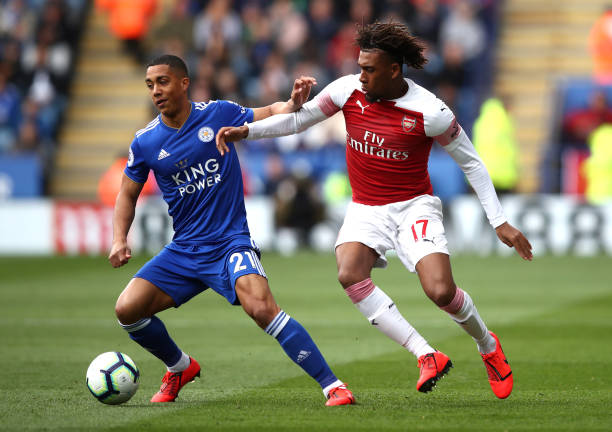 Arsenal’s away fever is still there as they have now got beaten three nil by Leicester City at the King Power Stadium. The gunners started the match on the back foot because Leicester City was pressing them and putting pressure on their defence but the gunners remained strong at the back.

A quick counter attacking move saw Alex Iwobi send a cross to Alexandre Lacazette who failed to direct his shot into the back of the net. Then everything went bizarre after Ainsley Maitland-Niles received a second yellow card hence the gunners getting reduced to 10 men. This decision by the referee didn’t do them any favours as they now looked even more clueless after losing a right back in the first half.

Bernd Leno made a couple of saves to make sure that the gunners stayed in the match in the first 45 minutes. The first half ended 0-0 and Unai Emery brought in Koscielny for Alex Iwobi so that the gunners can continue with their back four, Mustafi now went into the right back position with Koscielny and Sokratis as the two centre backs.

LEICESTER, ENGLAND – APRIL 28: Marc Albrighton of Leicester City and Alex Iwobi of Arsenal battle for the ball during the Premier League match between Leicester City and Arsenal FC at The King Power Stadium on April 28, 2019 in Leicester, United Kingdom. (Photo by Marc Atkins/Getty Images)

Arsenal went full defensive in the second half but Leicester City finally managed to open the scoring through Tielemans who headed past Bernd Leno. The Arsenal players showed absolutely no lack of fight or urge to look for an equaliser because most of them were afraid to lose the ball, the Foxes on the other hand continued putting pressure on the gunners. Guendouzi later came in for Henrikh Mkhitaryan who had been unseen in the first half due to him dropping deep into the Arsenal half. Nketiah also came in for Lacazette with about 15 minutes to go.

The Leicester City goalkeeper Schmeichel shot the ball forward and Vardy managed to run past the Arsenal defenders, chipped the ball above Leno and it hit the bar but he however came running and put it into the back of the net. Vardy finished off the game in the last minutes of the game by getting his second goal of the day due to poor defending from the gunners hence the gunners losing the game 3-0.

It’s a third loss in a row for Unai Emery and his men. The Arsenal boss looked beyond disappointed in the whole 90 minutes.

Arsenal 1-1 Brighton: Gunners to either finish 5th or 6th