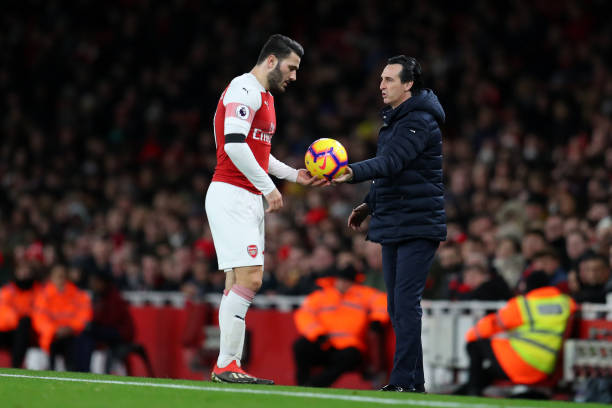 Arsenal boss Unai Emery will be looking to bolster his squad in this transfer window because his team’s collapse at the end of last season brought many questions on his coaching because their performances in those matches cost them Champions League football.

Arsenal’s head coach Unai Emery used many formations and was usually forced to use wingbacks in order to have Sead Kolasinac in the starting eleven because the Bosnian international wouldn’t be able to play as a left back in a formation that uses a back four. Sead Kolasinac had an embarrassing performance in the UEFA Europa League final and the Arsenal fans have now called onto the club to sell him in this summer transfer window.

Arsenal will probably listen to offers for Kolasinac and there has been a report by the Daily Mail today which claims that Unai Emery has identified Kieran Tierney as the perfect replacement for the Bosnian international if he decides to quit the North Londoners in this summer. Kieran Tierney plays as a left back for Celtic in the Scottish league but he is highly rated and he has attracted a lot of interest from clubs in the top five leagues in Europe.

The report claims that Unai Emery has told the Arsenal board to bring Kieran Tierney to the Emirates Stadium since the left back position is one of the main positions that he wants to strengthen in this summer transfer window. The gunners will reportedly make a bid in the coming days and that Celtic value the 22-year-old at £20million.

Arsenal head coach Unai Emery has already shown that he can’t use a back four if Sead Kolasinac is in the starting eleven and Monreal is now too old to continue playing in the left back position hence the gunners boss probably wanting a new full back.