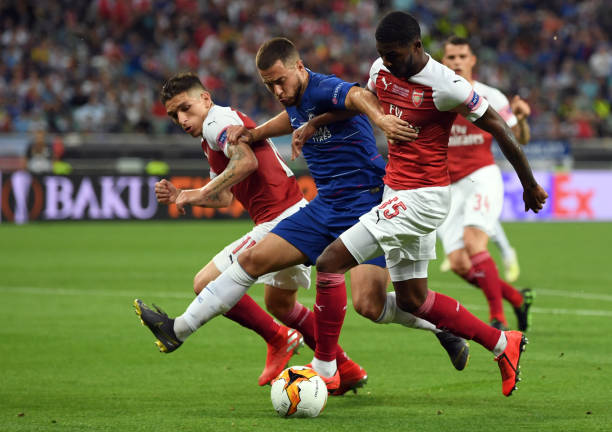 The gunners hired Unai Emery hoping that he would take them back to the UEFA Champions League but he has failed on two fronts because of collapsing at the end of the season. The North Londoners will now probably have a big problem in signing top players because Raul Sanllehi said that some of their transfer targets want to play for a UEFA Champions League club.

The gunners started the match well but they missed a couple of chances and Kolasinac who was their main chance creater was very poor as he failed to send even one beautiful cross to the forwards. Chelsea was however immerse in the second half and Olivier Giroud punished his old club with a powerful header that went past Petr Cech. As Arsenal has always been, them conceding a goal made them get under pressure and Pedro doubled their lead. Hazard later won a penalty and he converted it in to give his side a 3-0 lead.

Alex Iwobi was brought on and he pulled one goal back for the gunners after a few minutes but a fantastic move saw Hazard link up with Giroud to get his second goal of the day. So Arsenal ended up losing 4-1 to a Chelsea side that is coached by Sarri. Unai Emery’s impressive record in the UEFA Europa League has been shattered at Arsenal and he will now have to rethink about his strategy.