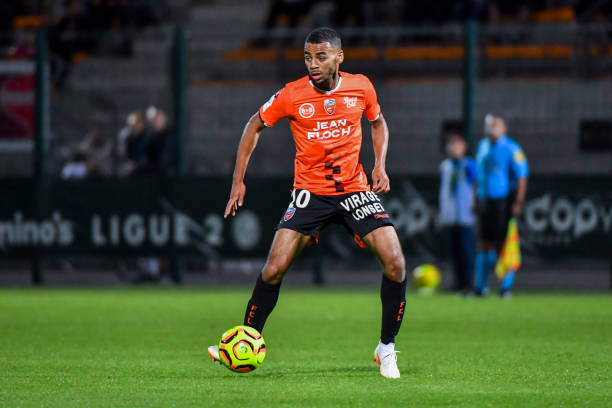 It’s been four weeks since the Premier League transfer window opened but Arsenal is yet to sign any player even though their performance in the last matches of last season showed that they need new players. Alexis Claude-Maurice is among the many players that have been linked with a move to Arsenal and a report last week claimed that the gunners had agreed personal terms with him.

Alexis Claude-Maurice is an exciting young winger that is currently playing for Lorient in the French Ligue 2 and the gooners were hoping that their club would bring him to the Emirates Stadium this summer since he has a lot of potential to become a world-class player. The gunners have however received a major blow after Alexis Claude-Maurice has spoken out about his desire to play for Borussia Mönchengladbach because it suits him.

“I want to join Gladbach. They are a club that focus on young players, there is a good structure, they are playing in the Europa League. I like their project & it suits me.” Alexis Claude-Maurice told L’Équipe.

Alexis Claude-Maurice then went on to add that he feels that he is not yet ready for the Premier League and claimed that his club, Lorient are the ones pushing him to join a Premier League because the PL clubs have made the best offers for him. This is a huge blow for Arsenal because it will now have to focus on other targets since he was reportedly gonna be the only winger that the gunners sign in this summer transfer window.