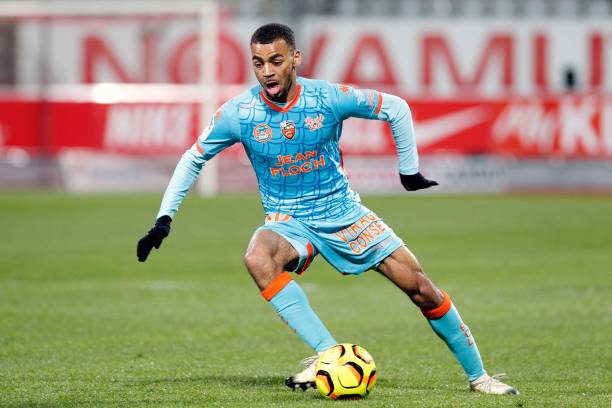 The gunners will be looking to bolster their squad in this transfer window and they will be hoping to outsmart the market as their head of football Raul Sanllehi said at the end of last season. The gunners are now understood to be on the brink of signing Lorient youngster Alexis Claude-Maurice.

Arsenal will try to outsmart the transfer market in this window since they failed to get back to the UEFA Champions League and this has now seen them get linked to young prospects like Alexis Claude-Maurice who plays for Lorient which is in the French Ligue 2. Get French Football News claims that Arsenal has agreed personal terms with Alexis Claude-Maurice and will now be looking to agree on a fee with the club which has been playing hardball and have already rejected two bids.

The report claims that the gunners have seen their bid of €16million rejected by Lorient but that they will be sending another one this weekend which will certainly be accepted by the Ligue 2 club. The North Londoners will be hoping that the 21-year-old attacker turns out to be an outstanding player as Matteo Guendouzi who also came from the same club in the 2018 summer transfer window.

Alexis Claude-Maurice is an outstanding winger and he managed to score 14 goals and made 4 assists last season in the French Ligue 2. Even though the stats might not be that appetising since he was playing in Ligue 2 but the young French attacker has what it takes to become a star.

Xhaka finally comments on rumours linking him to Inter Milan

Unai Emery puts an Arsenal star on the transfer market