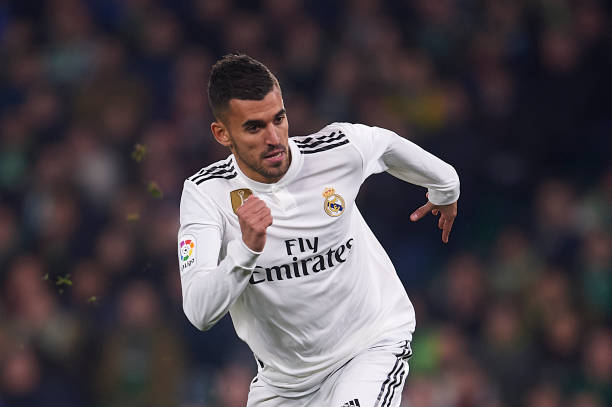 Arsenal lost Aaron Ramsey to Juventus in this summer transfer window and the gunners are currently on the hunt for a new central midfielder as the Welshman’s presence in the squad will surely be missed as he was one of the best performing players last season.

The gunners have identified Real Madrid’s Dani Ceballos as the perfect replacement for Aaron Ramsey who departed the Emirates in July. Ceballos is an outstanding young midfielder and there are many reports that claim that he is not in the plans of Real Madrid’s current boss Zinedine Zidane hence this giving Arsenal hope of getting his signature.

Marca which is reliable for Real Madrid has confirmed that Arsenal has indeed asked Dani Ceballos on loan since they have a small budget to spend in this transfer window. The gunners reportedly want Ceballos on loan even if Real Madrid stop them from getting an option to buy clause on that deal and the report claims that Arsenal will now wait for a response from the Madrid club as they want to get the Spanish international before the end of this week.

Despite constant reports that Tottenham Hotspur were on the verge of signing Dani Ceballos, this new report claims that the 22-year-old has decided to make a move to the Emirates Stadium because he wants to play for Unai Emery this season. We will probably receive a new update about this deal in the coming days but what’s clear is that Dani Ceballos is at the verge of joining Arsenal as the North Londoners are only waiting for a green light from Real Madrid.