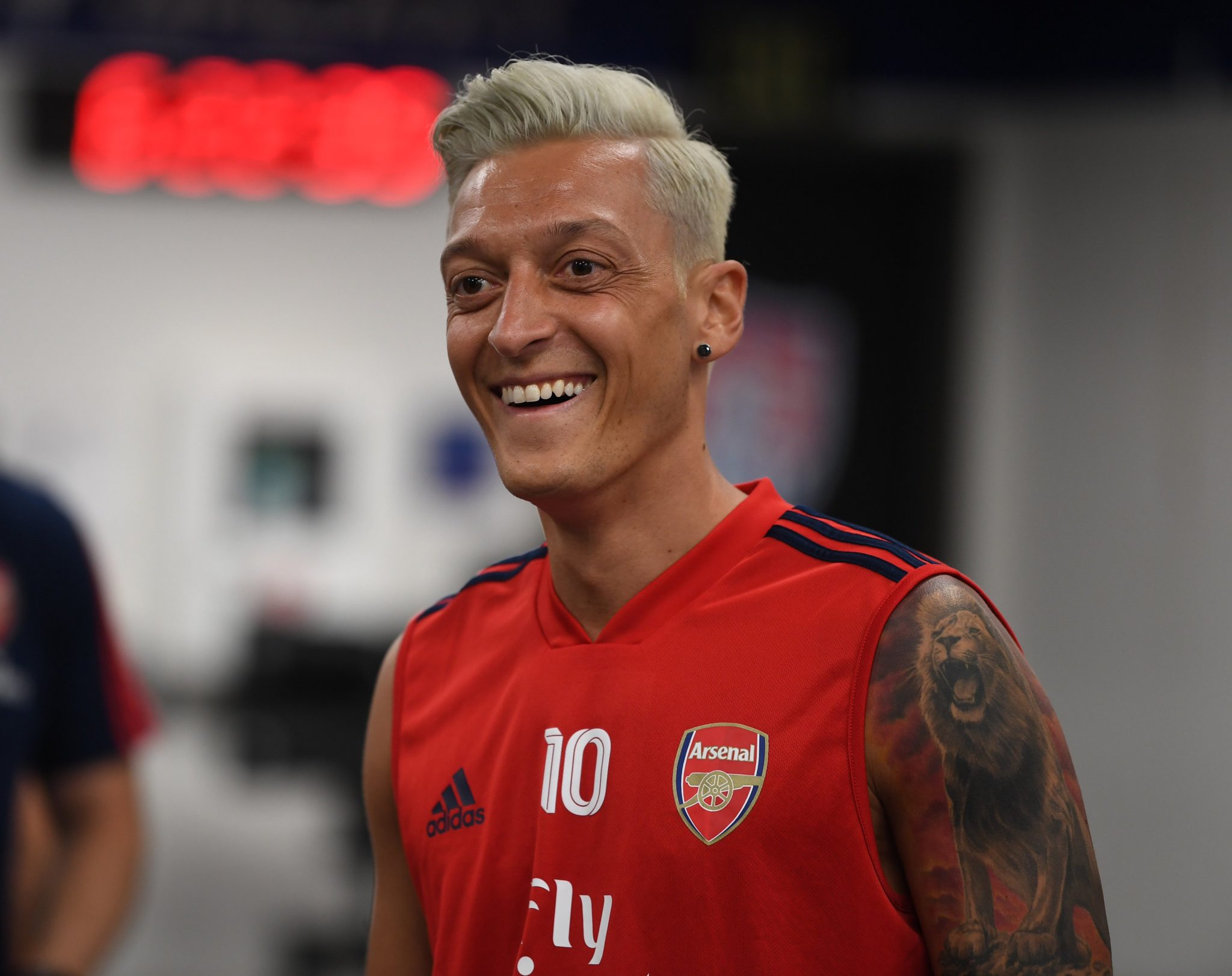 Mesut Ozil is with the Arsenal squad in Los Angeles, USA and the gunners will today be facing Bayern Munich in the International Champions Cup at the Dignity Health Tennis Center. Arsenal’s first pre-season game ended in a 3-0 win over Colorado Rapids a few days ago.

All the Arsenal players have certainly enjoyed this pre-season tour as they have been doing numerous activities and Mesut Ozil has surprised the Arsenal fanbase by dyeing his hair blonde. Most Arsenal fans first thought that it was done by photoshop but it’s been confirmed as that’s the hair he has in the latest training pictures from USA.

We caught up with @MesutOzil1088 during Arsenal’s pre-season tour in LA. Stay tuned for more ???? soon pic.twitter.com/MUM5kWbOJE

It’s common for players to start dyeing their hair as other players like Paul Pogba and Sergio Aguero have also done the same but what’s surprising is that it wasn’t even Mesut Ozil’s idea to change the colour of his hair as he confirmed in a video that he lost a bet against Alexandre Lacazette hence him facing the consequences. The bet was apparently on who gets to manage to do the crossbar challenge and Kolasinac and Mustafi have also dyed their hair as they were also in the challenge according to Mesut Ozil himself. We are yet to see Kolasinac and Mustafi’s new hair.

The Arsenal supporters will always appreciate the harmony that their squad has as having a negative atmosphere in the dressing room could sometimes also cause problems on the pitch. So Ozil, Lacazette, Kolasinac and Mustafi doing a challenge is truly hilarious.

Video: Arsenal release footage of their thrashing of Championship side as they prepare for PL start

Video: Lacazette scores incredible goal in training ahead of match against Everton