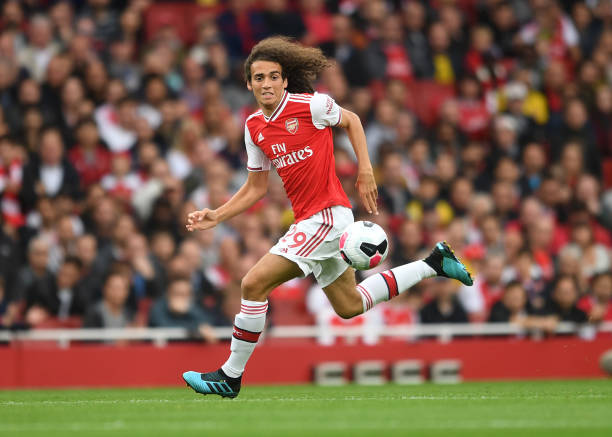 Arsenal went back into the Premier League top four yesterday after their fantastic performance against Aston Villa despite being one man down. Matteo Guendouzi has made headlines for his incredible performance against the newly promoted side since he is the one that spearheaded their come back by winning them a penalty and being involved in the second goal.

It’s obvious that Arsenal boss Unai Emery wants play a 4-3-3 formation this season but he however hasn’t managed to identify the perfect three-man midfield as he has kept changing it in every game but Granit Xhaka has however been a constant member of every midfield/formation that the gunners have used so far this season.

However, Matteo Guendouzi might have opened the eyes of Unai Emery yesterday as he showed that he can play in Granit Xhaka’s role and the introduction of Joe Willock and Lucas Torreira changed the game as the gunners finally took control the match, hence making a come back from one goal down twice. Torreira is a great tackler and has in countless times showed that he is capable of breaking up play and Joe Willock can drive the ball forward and even though he might not have the technical abilities to be a no. 10, he is however well suited to play as a box to box midfielder.

Granit Xhaka was booed by Arsenal fans yesterday and his situation is starting to look like that of Shkodran Mustafi but Unai Emery still has more trust in him as he said that the Swiss international can still improve after the game in his post-match press conference but it was clear that the Arsenal players stopped playing like they are in slow-motion after his withdrawal, so this is going to be the perfect time for the Arsenal boss to drop him. Granit Xhaka had an awful performance against Aston Villa and if he is in the squad that faces Nottingham Forest tomorrow then this is a clear sign that he will be benched on Monday when the gunners make a visit to the Old Trafford.