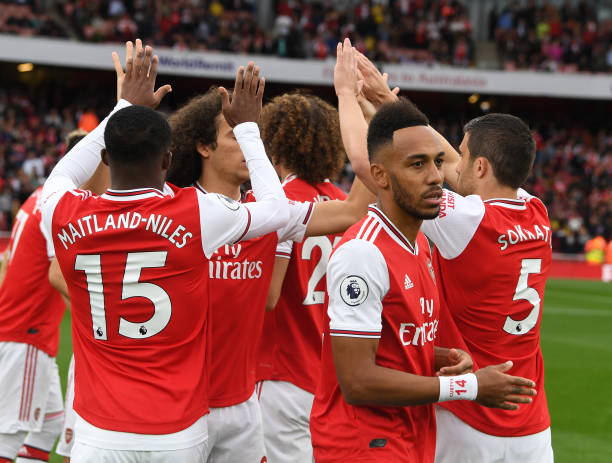 Arsenal will in the next few hours face Manchester United at the Old Trafford and they will be hoping to end their poor record there as this is the perfect opportunity to beat the Red Devils since they are in an injury crisis. Unai Emery will have to get it right this time because the gunners need this win in order to get back into the Premier League top four.

Bernd Leno is Arsenal’s first choice goalkeeper and even though Emiliano Martinez has been fantastic in the two matches that he has played, the German international remains Emery’s no.1.

Kieran Tierney is back to full fitness and he will probably start today and Holding could also start as well because he’s played enough U-23 games and a league cup game. So Arsenal’s backline could consist of Chambers, Holding, Luiz and Tierney. Although Ainsley is back, Chambers was impressive in the League Cup so he deserves a Premier League start.

It looks like Unai Emery wants Arsenal to be playing using the 4-3-3 formation this season and this requires a three-man midfield, so this is what he will likely field today, Xhaka, Guendouzi and Torreira as he did in the North London Derby.

Aubameyang, Pepe and Saka started in Arsenal’s previous Premier League match against Aston Villa and if it wasn’t for the red card, we would have seen how they would perform together. Even though Reiss Nelson scored in the League Cup but Bukayo Saka could still start today as he has impressed Unai Emery in the few chances that he has been given. So Arsenal’s front three will be Pepe, Aubameyang and Saka.

Manchester United Vs Arsenal: All you need to know