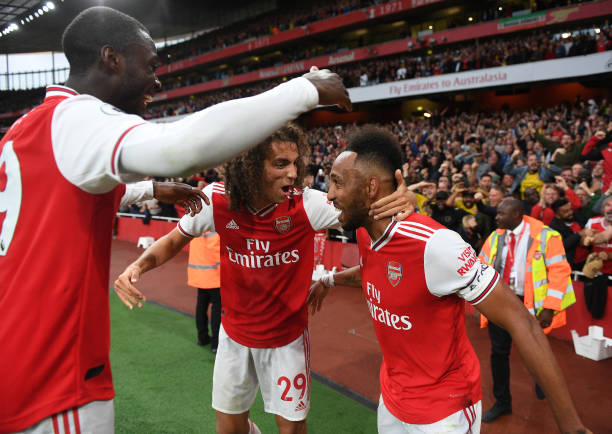 Arsenal will on Monday night face Manchester United at the Old Trafford and they will be hoping that this is the year that they finally get a win there because the Red Devils are currently under an injury crisis. Unai Emery will need to win this match because most of their Premier League top four rivals have won their matches this weekend.

Arsenal come into this match after getting wins over Aston Villa and Nottingham Forest and if they get all the three points against Manchester United then this could put Unai Emery back on the good side of the fans because he was heavily criticized for his side’s performance against Watford because the gunners gave up a two nil lead to draw 2-2 with the Hornets.

Manchester United have had a tough start to the season and currently have some couple of players that are on the sidelines and this can be seen as Arsenal’s best opportunity to play them but the gooners are however afraid that their porous defence could still leak goals on Monday since they have only kept one clean sheet since the season begun. Unai Emery will however be hoping that the return of Rob Holding and Kieran Tierney will somewhat improve his defence but the chances of these two playing against Manchester United are low since they have only played one game since they left the sidelines.

It will be interesting to see the formation that Unai Emery uses on Monday because they used a 4-3-3 formation against Aston Villa and 4-2-3-1 in the League Cup game or maybe he will once again use the diamond which will have Pepe and Aubameyang up top. Manchester United lost their last Premier League game last weekend thanks to an incredible performance by West Ham United and Arsenal’s game against Aston Villa was chaotic as they came from one goal down twice to beat the newly promoted side 3-2. Arsenal have not beaten Manchester United at the Old Trafford in the Premier League since 2006 and are also yet to beat a big six side away from home since 2015, so these are some two bad stats that they must end on Monday.

Arsenal will be without Alexandre Lacazette and Emile Smith Rowe because they are still on the sidelines. Hector Bellerin will also not be available in this match since he has played for the U-23’s today to build fitness.

Manchester United will be without Luke Shaw and Rashford because they are still on the sidelines and Ole Gunnar Solskjær also said that he can’t bet his life that Paul Pogba and Martial will be available for the game against Arsenal.

Emery speaks out on Tierney, Bellerin & Holding’s return ahead of the Man Utd clash