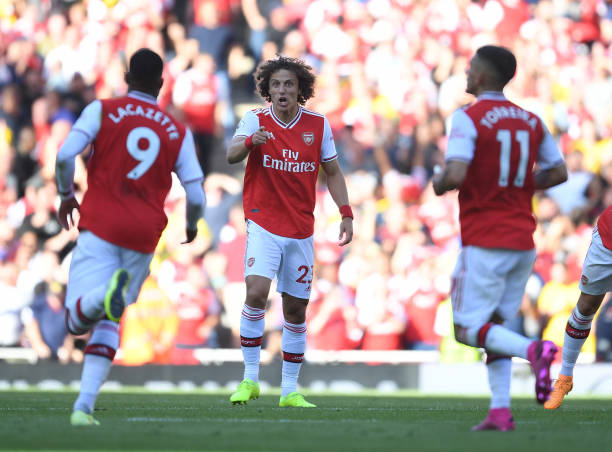 Arsenal will at the weekend face 20th placed Watford who have had a poor start to the 2019/20 campaign as they are yet to get a win. Arsenal will be hoping to get their third win of the season when they face the Hornets at Vicarage Road and they will be hoping that the new manager bounce doesn’t make things harder for them.

Watford have appointed Quique Sánchez Flores as their new manager and his first match in charge is going to be against Unai Emery’s side and so the Arsenal fans will be hoping that they don’t see a repeat of last season where they lost to Southampton (away) who had just appointed a new manager.

Arsenal head coach Unai Emery will however be confident ahead of this match as the club has made some great signings in the summer and thankfully, the gunners have not got any injuries during the international matches so the Spaniard should have a fully fit squad to collect all the three points from Watford.

Arsenal’s last away match against Watford ended in a 0-1 win for the gunners thanks to a goal that Ben Foster gifted Aubameyang and this game also saw Troy Deeney get sent off for a foul on Lucas Torreira but the gunners still struggled in getting that win despite their opponents being 1 man down.

LIVERPOOL, ENGLAND – AUGUST 24: Granit Xhaka of Arsenal is challenged by Roberto Firmino of Liverpool during the Premier League match between Liverpool FC and Arsenal FC at Anfield on August 24, 2019 in Liverpool, United Kingdom. (Photo by David Price/Arsenal FC via Getty Images)

Arsenal had a poor away record last season but they will be hoping that this phobia doesn’t cross into the new campaign and Unai Emery will want his side to beat Watford this weekend as these matches are the ones that they should constantly win if they want to return into the Premier League top four. A win over Watford will see them get 10 points from five matches which isn’t that bad since the season just begun.

Arsenal fans will be hoping to see more of their highly rated front three in this match since these three players were involved in the two goals in which the gunners scored in the North London Derby two weeks ago.

Arsenal will be without their first choice fullbacks in Kieran Tierney and Hector Bellerin as per the latest report from the medical team. Watford will also be without Troy Deeney and Etienne Capoue is a doubt for this game.

Arsenal Vs Aston Villa: All you need to know

Arsenal Vs Tottenham Hotspur: All you need to know