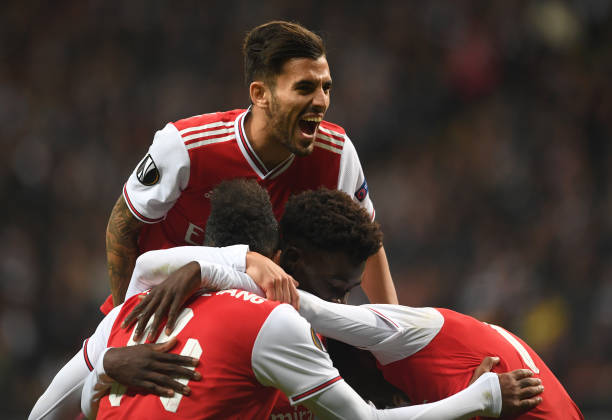 Arsenal will today face Standard Liege at the Emirates Stadium and they will be hoping to collect all the three points so that they remain as the leaders of the UEFA Europa League group F. Arsenal come into this match after drawing with Manchester United on Monday and Unai Emery will be hoping that his side could get back to winning ways.

Standard Liege is a Belgium side and it’s currently second on its league table but the gunners will probably field their second squad including some players that are back from injury like Hector Bellerin, Rob Holding and Kieran Tierney. The Arsenal fans will be excited to see how these three perform in this match as they have missed them this season and hopefully, they all start in Arsenal’s next Premier League match.

Standard Liege won their previous UEFA Europa League match and they will come at the Emirates Stadium with the hope of getting at least a point because the gunners are likely to finish first in this group and the second position will be contested by them and Eintracht Frankfurt so they will totally give the North Londoners a hard time today. Arsenal will however have the capable fire power to get all the three points today because they have some talented attackers like Gabriel Martinelli and Reiss Nelson and other star players like Nicolas Pepe and Pierre-Emerick Aubameyang who will likely be on the bench if the gunners struggle to beat the Belgium side.

Arsenal boss Unai Emery will be hoping that his side wins today because the supporters are not happy with the way the gunners are playing this season under the Spanish coach. A win over Standard Liege and another against Bournemouth at the weekend would restore faith.

Arsenal Vs Bournemouth: All you need to know

Arsenal Vs Aston Villa: All you need to know