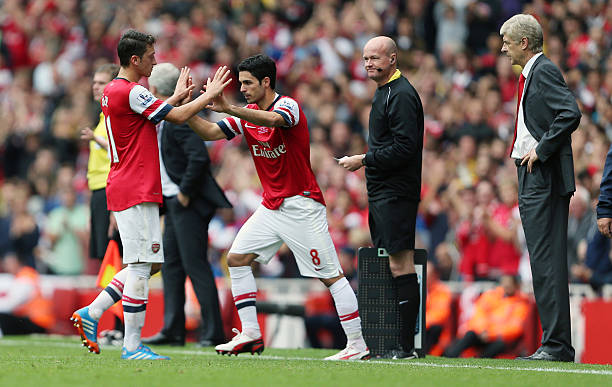 Arsenal midfielder Mesut Ozil has not been impressive in the last two years and the fans have started getting frustrated with him as the midfielder is no longer having an influence on games despite being the highest paid player at the club. Mesut Ozil’s situation at the club is definitely also one of the issues that Arteta will have to sort out in his first few months at the club.

Mesut Ozil clashed with Unai Emery throughout the whole tenure of the Spanish coach since the German World Cup winning midfielder wasn’t ready to adapt to his demands but the fans were hopeful that he would show more effort after the gunners sacked the former PSG boss but he however hasn’t been that impressive. Ozil was booed in Arsenal’s 3-0 loss to Manchester City last weekend.

Arsenal’s new head coach Mikel Arteta held his first press conference on Friday and he claimed that Mesut Ozil is a massive player for the gunners and that he will try to get the best out of him.

“He’s a massive player for this football club. As I said before, what I want is to understand how they are feeling and what they need. It’s not so much about what I need. You have to understand them.” Arteta told Football.London.

“Of course he’s a massive player. I work with him and I know when he clicks, what he can bring to the team. It’s my job to get the best out of him, of course.”

The January transfer window is around the corner and there has already been some reports claiming that Mesut Ozil could be shipped off to a Turkish club but maybe this could change with the appointment of Mikel Arteta since they were teammates a few years ago.