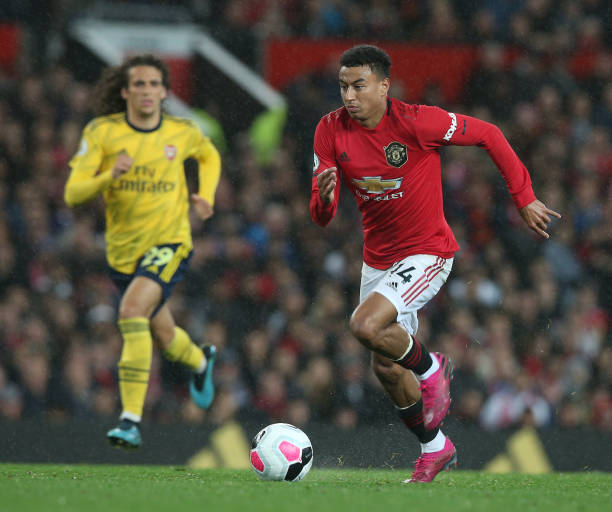 Arsenal will like all Premier League clubs be looking forward to the next transfer window as they’ll want to recruit some new players for their new boss, Mikel Arteta but there has been some transfer reports that have left gooners speechless. A number of publications have reported that Arsenal will put their eyes on Manchester United’s Jesse Lingard.

The gunners will obviously have a low amount of money in the summer transfer window if they fail to secure a UEFA Champions League spot and most reports are saying that this could see Arsenal make a move for Lingard since they’ll need midfielders and the 27-year-old most importantly be cheap as Manchester United are trying to get him off their books but that’s half the truth.

The reports linking Jesse Lingard to Arsenal begun due to an article by The Athletic in which the reporter claims that the North London club might not have the money to make Dani Ceballos’ deal permanent and then in the article wrote that maybe, Arsenal’s head of football Raul Sanllehi could get out his agent book and use his connections to secure a deal that would see Lingard come to the Emirates Stadium.

The report also talked about how the gunners have a history of making unexpected deals with Manchester United such as the swap of Alexis Sanchez and Henrikh Mkhitaryan which didn’t work out for either of the clubs. So there wasn’t any confirmation that Arsenal was indeed interested in Lingard as it was just a piece talking about the possible destinations of the Manchester United midfielder.

Arsenal has this season struggled for creativity and lack of goals, and so these transfer rumours linking Jesse Lingard to their club have made the gooners upset as the 27-year-old not only mocked them at their home stadium twice but is also a player that wouldn’t improve them as he even spent a full year without assisting or scoring in the Premier League.

Arsenal receive a boost in their pursuit of Thomas Lemar