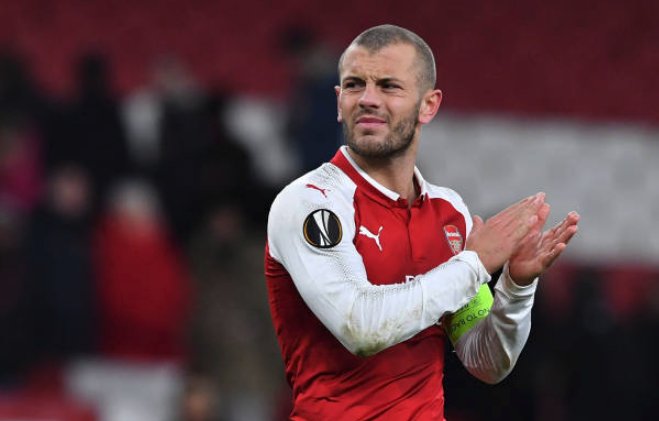 Jack Wilshere spent all his youthful years at Arsenal and then played for the senior team from 2008 to 2018 and left for West Ham United after winning three FA Cups. It was a bitter ending for Arsenal fans when Wilshere left because he was such an outstanding midfielder but his injuries were so worrying as he would usually miss almost full seasons.

Jack Wilshere was a very skillful player that truly looked fantastic in Arsenal’s free-flowing football and is in most of their best goals in the last five years but the injuries ruined his career as the gunners gave him a new contract with a pay cut but Unai Emery was however very open to him in saying that the midfielder wouldn’t be a starter in his team and he then decided to join West Ham United on a free deal for more minutes.

Jack Wilshere has however struggled at West Ham United as he has mostly been on the sidelines during his time as a hammer. Wilshere has made just 16 appearances for the West London side despite having been there for almost two years now and he has revealed that he is frustrated since it hasn’t worked out as he wanted and also admitted that he has missed a lot of football. The 28-year-old also took the opportunity to speak about his time at the Emirates Stadium.

“The last couple of years have been frustrating. I obviously started [my career] really well at Arsenal , I was enjoying it, I was loving it, almost taking it for granted.” Wilshere told Stadium Astro as quoted by The Mirror.

“I enjoyed my time at Arsenal, and obviously I went to Bournemouth, had a good year but picked up another injury. I came back, was told that I could leave but managed to stay and fight my way back into the team and had a good year. Then I made the decision to leave Arsenal and join West Ham.”

Arsenal legend reveals the Vieira-like player in the squad that isn’t getting used!