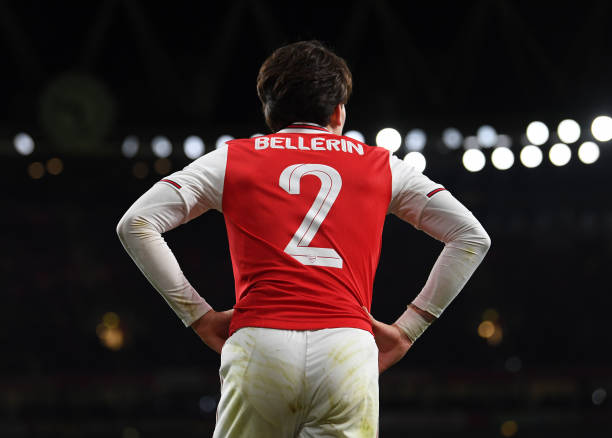 Arsenal right back Hector Bellerin became the club’s vice captain a few months ago but he has however this season not been up to the required level as his performances have dropped due to an injury that he sustained in 2018. Bellerin has reportedly made a decision on his future amid interest from Bayern Munich.

Bellerin has been a regular for Arsenal in the last four years and he has in that time been one of the best right backs in the league hence getting linked with a number of top European clubs but he however decided to stay at the Emirates Stadium but it looks like things could be different this time as per new reports from Germany.

Sky Germany is now reporting that Hector Bellerin will be looking to leave Arsenal in the summer transfer window and that Bundesliga defending Champions Bayern Munich will be looking to sign him since he is a player that fits the profile that they are looking for in a right back. Bellerin was impressive in Unai Emery’s first season at the club before he got injured but he has however failed to consistent run of games in the Premier League in this 2019/20 campaign.

It is not known what Mikel Arteta’s stance is on Bellerin but most believe that the only reason he was benched in some games is because he was not fully fit to play and so most hope that he will start appearing in all games under the Spanish head coach. Hector Bellerin still has a good number of years on his current deal at the Emirates Stadium and he hasn’t been hinting at any possible exit but the gunners will probably understand how it will be hard for them to keep him if Bayern Munich’s interest turns out to be concrete.