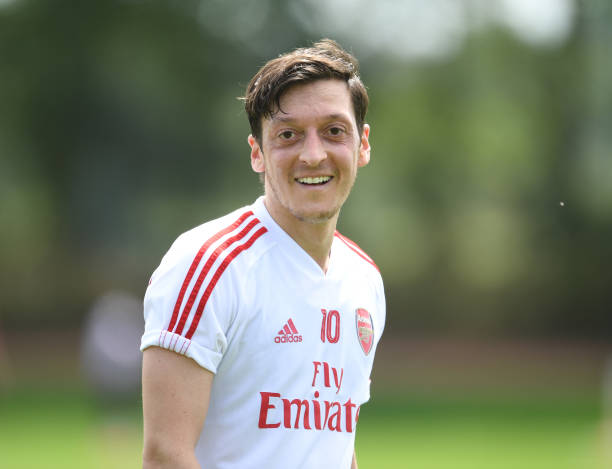 Arsenal midfielder Mesut Ozil reached an agreement with the gunners in 2018 over a new deal after many months of speculations over his future and his then teammate Alexis Sanchez. Arsenal was only able to keep Ozil and offered him a whooping £350,000 a week wages but that’s a decision that they’ve lived to regret.

Mesut Ozil has rapidly declined as he has only been able to make only four assists in the Premier League in the last two seasons and he has gone in the black book of Mikel Arteta ever since the Premier League returned as he didn’t get a single minute on the pitch for the gunners in all the remaining matches of the 2019/20 campaign including the Emirates FA Cup final.

It’s now being reported by The Mirror that Arsenal will now try to make an offer to pay Mesut Ozil off the remaining months of his contract at the Emirates Stadium so that they could finally ease on their wage bill which is currently high due to the amount that they are paying to the German international. The report also claims that the gunners would also consider subsidising his wages of £350,000 a week so that he can join a new club as they want to free up funds that would then be used in this transfer window to bring in new players.

Arsenal has taken a financial hit due to the COVID-19 pandemic as they even had to reach an agreement with the players to take a 12.5% pay cut and Mesut Ozil was one of the two players that refused to this request. It is no secret that Arsenal want to part ways with Mesut Ozil but the player through his representatives has maintained that he will not leave the Emirates Stadium until his contract expires in 2021.

Mikel Arteta gives reasons why he brought Willian to Arsenal

Report: Aubameyang becomes Arsenal’s player of the season as announcement of his new deal nears