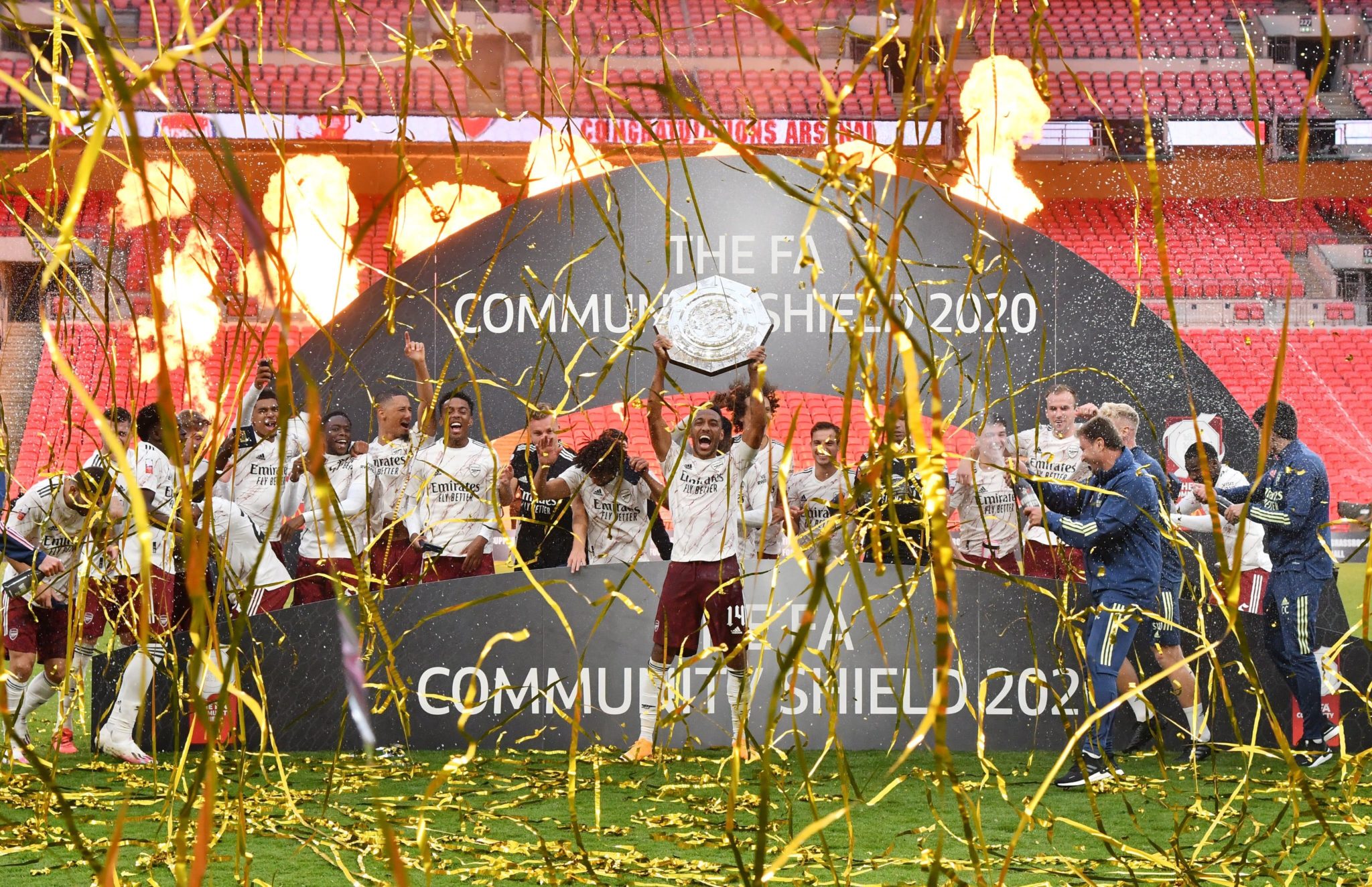 Arsenal faced Liverpool today at the Wembley Stadium in the Community Shield and the gunners have won the FA Community Shield in the penalties with Pierre-Emerick Aubameyang scoring the last one that won it. Arsenal head coach Mikel Arteta will be glad that he has started off the season on a high note.

Arsenal started the match very nervously as Liverpool attacked as you would expect from them but the gunners finally stablised and kept their shape at the back, and started trying to beat the press of the Reds by playing out of the back and even though it failed many times, it did work in one sequence which saw Bukayo Saka on the right flank with a lot of space and he sent it to Aubameyang on the other flank and the Gabon international went towards the Liverpool box and fired the ball into the back of the net past Allison Becker to make it 1-0 to the North Londoners in the 12th minute.

The gunners then went to have other chances but failed to convert them and Liverpool seemed to step up their pressure in the last minutes of the game but Mikel Arteta’s men were however able to keep them out hence the first half ending 1-0 in favour of Arsenal.

The start of the second half was just like how the game ended in the first half as Liverpool looked for an equaliser and they almost got one when Sadio Mane was put through but Emiliano Martinez made an incredible save. As the game went on, Arsenal kept going deeper and deeper and Liverpool were finally able to get their equaliser in the 73rd minute through Takumi after a quick and good move saw Klopp’s men get back into the game.

The match ended 1-1 after the full minutes and Arsenal and Liverpool had to go into penalties to decide who would walk out as the winners of the Community Shield. The gunners came out on top by scoring all their penalties while Liverpool missed one hence winning this year’s Community Shield trophy.