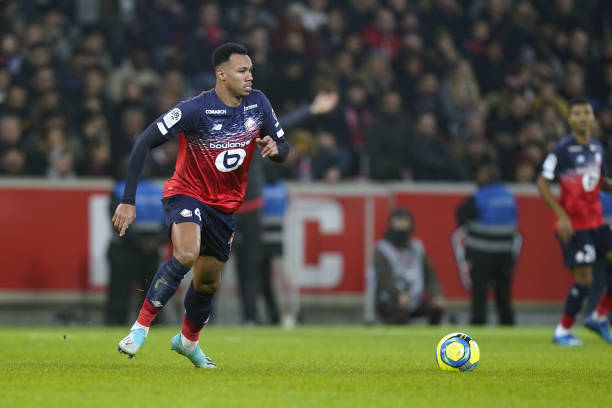 Arsenal will be active in this summer transfer market in the coming days because they will want to make some signings before the Community Shield game against Liverpool and among the players that they want is Lille centre back Gabriel Magalhaes who was impressive last season. The gunners have reportedly made progress in the talks to bring him to Arsenal.

Arsenal head coach Mikel Arteta wants a new left footed centre back in this transfer window and Lille centre back Gabriel Magalhaes fits this profile and the gunners have been heavily linked with a move for him for a while now, and it looks like things are starting to progress as a new report has revealed new details about the transfer saga surrounding the future of the Brazilian international.

The Times reports that Arsenal have made progress in their pursuit of Gabriel Magalhaes by agreeing personal terms with him with the hope of also reaching an agreement with Lille over the amount that would need to be paid to bring him to the Emirates. The report claims that Arsenal have now started negotiations with Lille after agreeing personal terms with the 22 year old and that Napoli are their only rivals for his signature after Everton dropped out of the race. The Arsenal fans will probably be confident that their club will be successful in getting Gabriel as they seem to have a good relationship with Lille after having worked together last year to sign Nicolas Pepe.

Gabriel is an outstanding centre back whose main strength is his aerial presence and his arrival could prove to be beneficial for the gunners as they conceded a lot of goals in set pieces under Mikel Arteta and the fact that he is left footed is important because the Arsenal boss said that his philosophy requires such type of players as it is easier to quickly play out of the back when the backline is fully balanced.