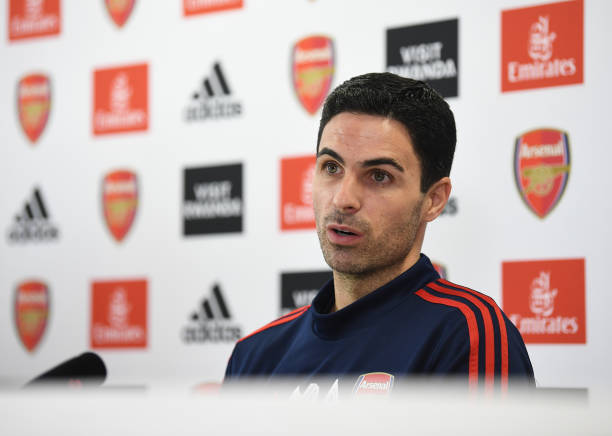 The Premier League returns this weekend for game week 3 but Arsenal will have to wait until Monday to take a trip to Liverpool to face the Champions and everybody will be looking forward to this game as it will be a test for Arteta’s men. Arsenal manager Mikel Arteta has commented on what could be a big advantage for the gunners in the game against Liverpool.

Arsenal will come into the game against Liverpool with a bit more confidence than they usually have as they have beaten them twice since Mikel Arteta got appointed as the new manager but they are however still yet to play them at the famous Anfield Stadium which is well known for having a fantastic atmosphere that has sometimes led to clubs getting scared in their games there.

Many football players and managers have talked about the uncomfortable atmosphere at Anfield Stadium that has seen their teams crumble when there and it’s no surprise that Liverpool have never lost there in the Premier League since 2017. Arsenal’s match against Liverpool will have no spectators in the stands due to the current pandemic and Mikel Arteta has admitted that this will indeed be an advantage for them since the atmosphere created by the fans makes Liverpool stronger but also stresses that they will have to be at their best since The Reds are still playing well in the empty Anfield Stadium.

“I think obviously the crowd makes them stronger because it is a unique atmosphere they are able to create at Anfield.” The Arsenal manager told Football.London.

“As well you are able to see how well they are playing without any crowds as well, so we know the challenge ahead of us, so let’s embrace it, let’s go for it, prepare well and try to go there and win.”