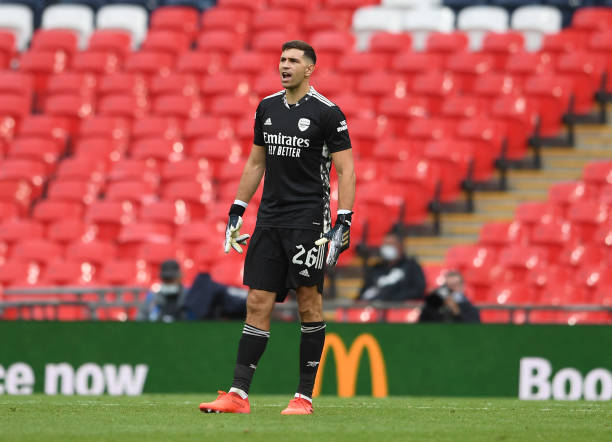 Emi Martinez has agreed personal terms with Aston Villa, that’s according to a report from The Independent who state that he has agreed a 4 year contract worth £60,000-a-week.

Earlier this week Arsenal rejected a £15m bid from Villa for Martinez but will now reluctantly accept a fee in the region of £20m.

It is believed that manager Arteta wishes Martinez stays but the player needs assurances of first team football in the Premier League.

Martinez literally grabbed his chance with both hands when Leno picked up an injury, the Argentinian shot-stopper went on to put on a terrific display in goal which helped Arsenal win the FA cup and the Community Shield.

With Bernd Leno’s return who also was in superb form before his injury, Arteta was to face a goalkeeper dilemma about who should be his number 1 but he challenged both keepers to fight for the spot.

Martinez also had offers from Spain but he has a desire to remain in England.

This news will be bitter for many Arsenal fans as Martinez had become sort of a hero and a fan favourite ever since he came into Arsenal’s goal.

David Raya who plays for Brentford could come in as a replacement for Arsenal’s current longest serving player.