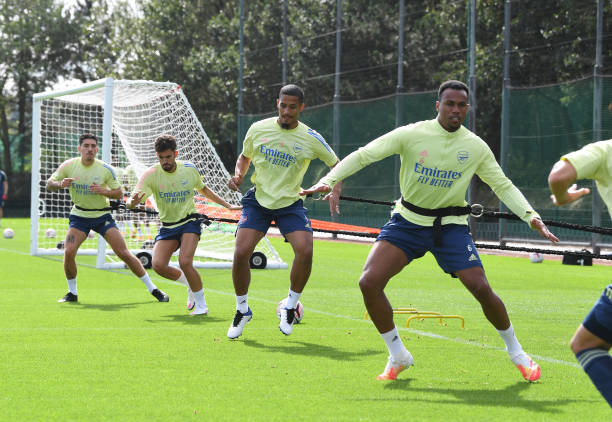 Arsenal will usher us into the new season when they play Fulham on Saturday. A new season comes with an opportunity of a fresh start for many players who might not have excelled in the previous campaign.

We therefore take a look at five players who are tipped for a successful season and fans should keep an eye on.

First on the list is Arsenal’s £72m record signing. Pepe’s first season in England wasn’t what many fans would have expected as the Ivorian winger was blowing hot and cold.

However, we did get to see glimpses of what Pepe can offer and to cut him some slack his 18 goal contributions in a team that struggled with performances and managerial change wasn’t that bad.

This season we could get to see the very best of our record signing having settled in England under Mikel Arteta.

Ceballos was unarguably one of Arsenal’s best players post lock-down. This prompted the Gunners to reacquire his services on another loan deal.

Depending on Arsenal’s business in the transfer market, Ceballos could play an advanced role were we could see him unlock his attacking potential if Arsenal perhaps sign Thomas Partey.

Martinez’s future is hanging in the balance and he could leave Arsenal to seek guaranteed first team football.

Martinez was undoubtedly Arsenal’s best player alongside Aubameyang when football restarted in June. He grabbed his chance to shine when Leno picked up an injury.

Should Martinez stay we expect him to be a massive impact on Arsenal’s season and continue his fine form.

Saliba has returned to Arsenal after spending last season on loan at Saint-Ettiene. The 19 year-old highly rated defender could be set to have an impressive debut season and cement himself at the heart of Arsenal’s defence.

Saliba’s opportunity could come as soon as this weekend as the Gunner’s defensive injury woes continue, Saliba could be drafted in to the team alongside fellow new signing Gabriel Magalhaes.

AMN was impressive at left wing-back in a 3-4-3 formation during Arsenal’s FA cup campaign.

He was named man of the match during Arsenal’s community shield win over Liverpool that earned him his first call up to the senior England team.

With reports of Bellerin getting sold, AMN could replace him as the first choice RB/RWB and would continue his good form.

There were reports also linking him with an exit but Arsenal are set to keep hold of him now.

Report: Arsenal youngster to be given start by Mikel Arteta in match against Fulham