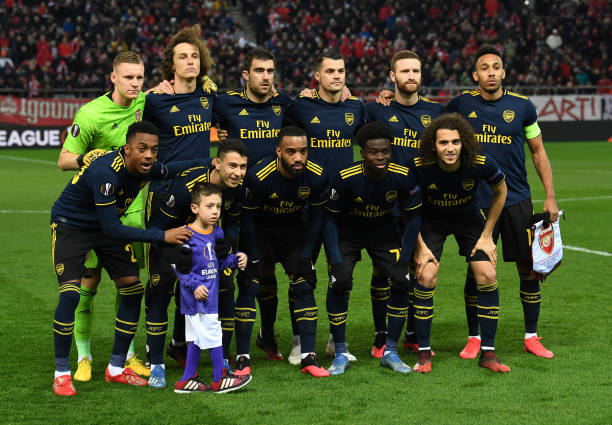 The Arsenal team that faced Olympiakos in Greece at the Round of 32 stage. (Photo by David Price/Arsenal FC via Getty Images)

Arsenal managed to qualify for the Europa League for a fourth season when they beat Chelsea 2-1 in the FA cup final.

The Gunners have been placed in group B and will face Dundalk, Malmo and Rapid Vienna.

The two omitted player were Sokratis and Ozil as expected. Players under 21 who have not spent at least two years at the club are not illegible as per UEFA regulations, Saliba and Martinelli also miss out due to this.

Here is the full squad that was submitted to UEFA.

Ozil is yet to feature for Arsenal since March

The news has made many Arsenal fans and Ozil faithfuls saddened and they now believe that Ozil has already played his last game in an Arsenal shirt.