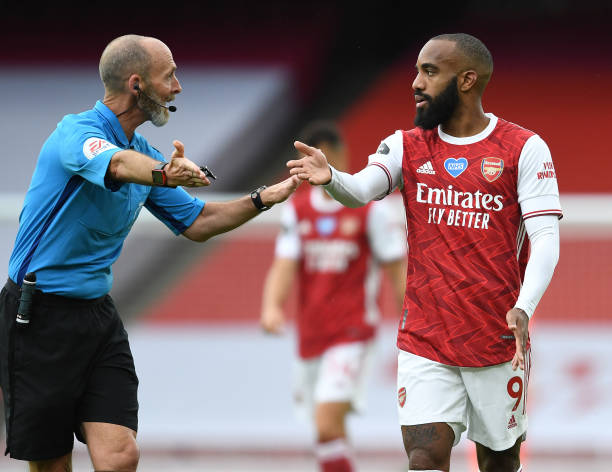 Controversial referee Mike Dean has been appointed as the mediator of the Man United vs Arsenal game set to take place on Sunday.

This will be unpleasant and worrying to Arsenal fans given Dean’s crazy style of officiating, especially against Arsenal.

According to the stats Arsenal have won 36/75 matches reffed by Mike Dean and received just six penalties compared to United’s 40/74 matches, 18 penalties. Both sides have received six red cards.

He has officiated six Premier League matches between the two sides and Arsenal have won none (D2,L4).

It is also to be noted that Arsenal have been victims of poor refereeing decisions in the Premier League and their opponents Manchester United have been awarded several penalties since the start of last season.

Therefore it’s inevitable that Arsenal will be on the wrong ends. It might be an unfair yellow/red card, a dubious penalty conceded, a penalty not awarded or a foul against Arsenal not punished fairly.