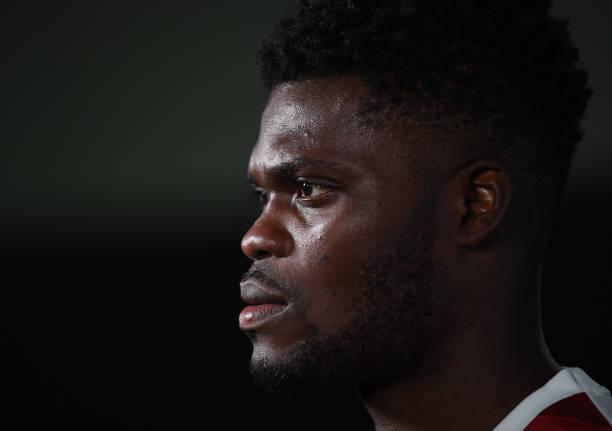 Arsenal will today begin their European campaign with a match against Austria based club Rapid Wien and here is the predicted lineup that Mikel Arteta is likely to use with all eyes on their new signing Thomas Partey. The gunners will come into this game after having lost to Manchester City in the league and so Mikel Arteta will hope that his side can get a win today ahead of their next league game.

Arsenal completed the signing of Alex Runnarson in the summer transfer window after the departure of Emiliano Martinez and its expected that he will be given a chance in today’s game as he is yet to feature for the club.

It’s believed that Arsenal boss Arteta will use a back three today and with the way he sets up, Kolasinac will fill in for Tierney who will be rested and Mustafi will start after having been on the sidelines for months. So Arsenal’s back three will consist of Kolasinac, Luiz and Mustafi.

Cedric Soares and Ainsley Maitland-Niles will start as wingbacks in today’s game.

All Arsenal fans will be eager to see Thomas Partey get his first start today and we expect Mikel Arteta to pair him in midfield with Mohamed Elneny in the game against Rapid Wien.

Reiss Nelson hasn’t featured for Arsenal in a long time but he could start on the right flank today while Bukayo Saka also plays on the opposite flank and Eddie Nketiah plays as a striker.