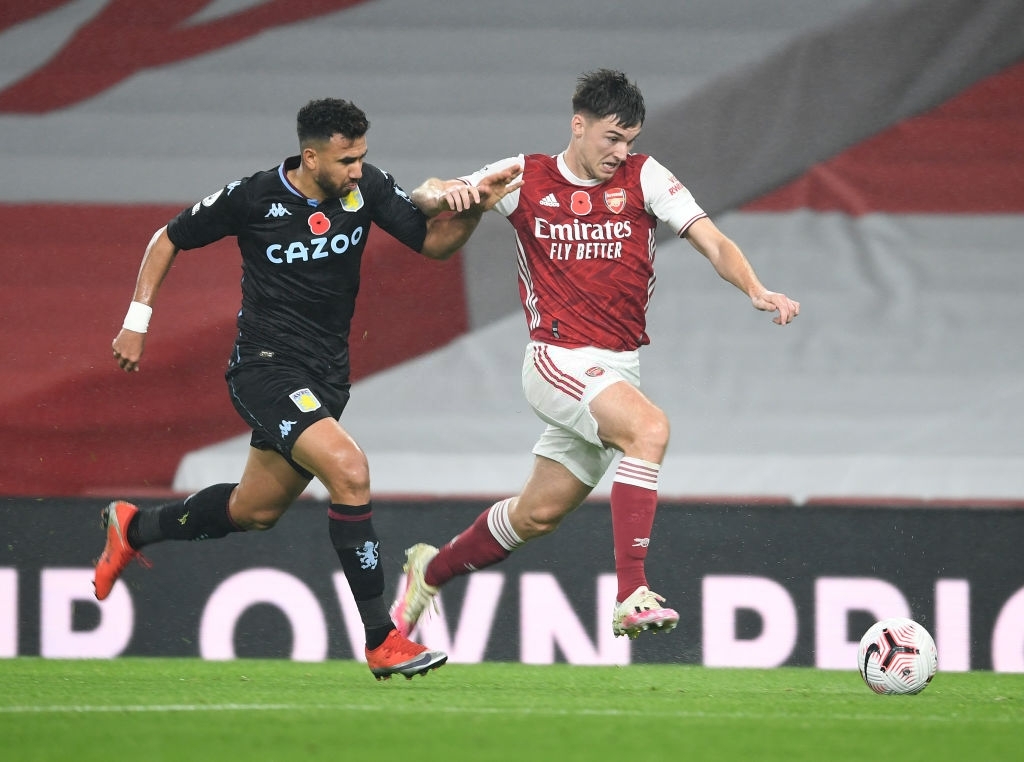 Arsenal were stunned on a rainy night in North London by Aston Villa. A Bukayo Saka own goal and a second half brace by striker Ollie Watkins saw Aston Villa thump Arsenal 3-0 at home leaving Mikel Arteta with many questions to answer.

Arteta fielded the same side that played well and defeated Man United, but perhaps they underestimated their opponents on the night.

From the first minute Villa tore up Arsenal’s gaping defence and took the lead but fortunately the goal was disallowed by VAR.

The visitors continued with their confidence, left-back Matt Targett played a dangerous cross that was accidentally bundled into the net by Bukayo Saka.

In the second half Thomas Partey was taken off with a suspected injury and replaced by Ceballos.

The visitors continued to look dangerous with every attack and eventually made it 0-2 from a cross that was headed in by Watkins.

They got their third goal from a swift counter attack started by Emi Martinez who fed Grealish who had time and space to set it up for Watkin’s second goal.

Arsenal have lost back to back home games.(Photo by Stuart MacFarlane/Arsenal FC via Getty Images)

Prior to the game Arsenal had the best defensive record, but just like against Leicester the Gunners had lots of possession but couldn’t convert it into anything threatening.

Arsenal had just two good chances which were in the first half through Willian and Lacazette who should have scored.

This is no doubt the worst performance of Arteta’s 11 months in charge. What’s more painful and disappointing is it came a week after a hard fought win at Manchester United.

Its one step forward, two steps backwards for Arsenal who sit 11th with 4 wins and 4 defeats from 8 games. They have lost back to back home games and failed to score a goal from open play in over 270 minutes.