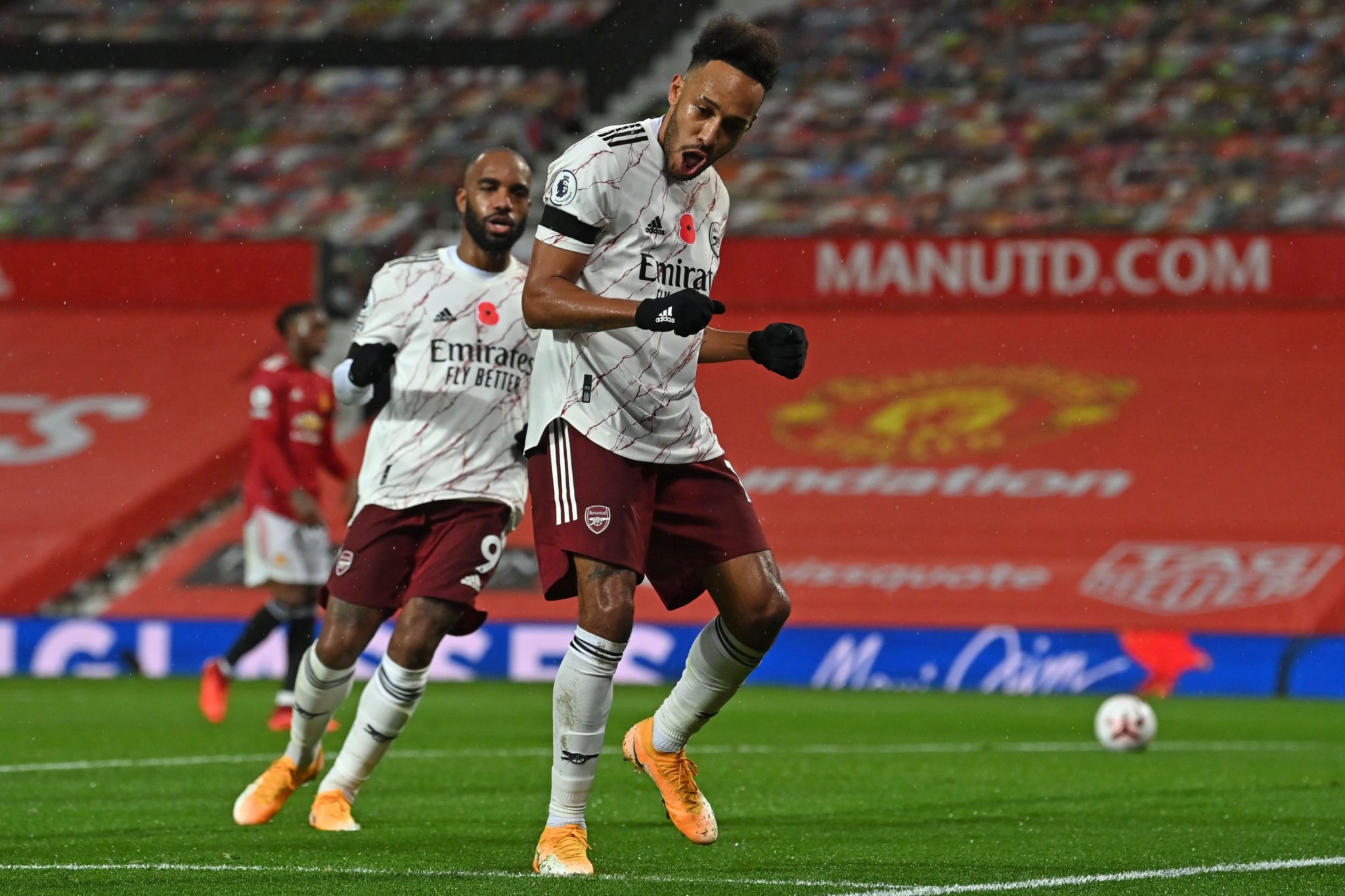 Arsenal have today finally broken their curse of failing to win away to a big six side by defeating Manchester United one nil thanks to their Captain Pierre-Emerick Aubameyang converting a penalty that was won by Hector Bellerin. The gunners came into this game well prepared and put on a professional performance as they defended well and took their chance when it came.

Arsenal manager Mikel Arteta surprised everyone by choosing a lineup that didn’t have Dani Ceballos and Granit Xhaka and used a front three of Aubameyang, Lacazette and Willian, and choosing those three turned out to be a great idea as they were all very good in the pressing of Manchester United’s centre backs hence making them to either lose the ball or to put it out of play.

Thomas Partey and Mohamed Elneny surprisingly put on a fantastic performance as they were both able to dominate the midfield despite Ole Gunnar Solskjær using a diamond formation to win that battle but these two were very crucial in ensuring that the gunners walked away with all the three points. Arsenal had most chances in the first half but the score remained at 0-0 as both teams headed to the dressing rooms.

Arsenal’s set up in the second half was very similar as it was in the first half as they let Manchester United have possession but didn’t allow them to get any clear cut chances and Hector Bellerin later on in the 68th minute won a penalty after a foul committed by Paul Pogba and Pierre-Emerick Aubameyang scored to give the North Londoners the lead.

This seemed to be a big wake up call for Manchester United as they now added urgency in their attacks but the gunners put more bodies behind the ball to defend their lead and they were successful at the end despite The Red Devils putting in their new signings such as Edison Cavani and Donny van de Beek. Mikel Arteta will rightfully feel proud of his team as they have against all odds beaten Manchester United at Old Trafford for the first since 2006.