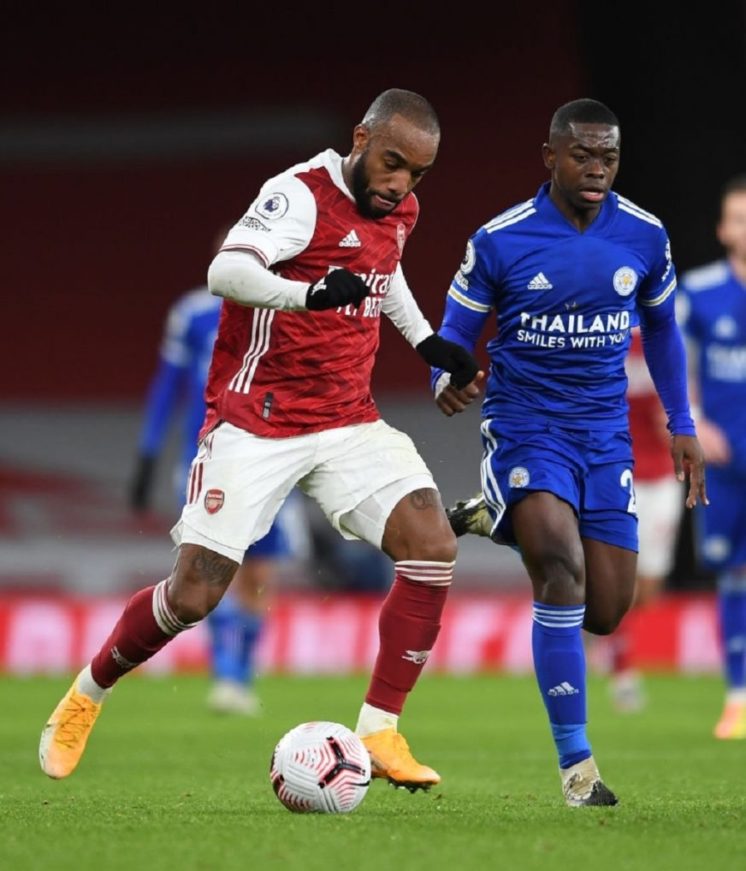 It was a frustrating and heartbreaking night for Arsenal fans as the team lost back to back games to Man City and Leicester in the Premier League.

Leicester claimed their first victory away to Arsenal across all competitions for the first time since 1973.

Arsenal started the game in high gear and had the ball in the net early in the first half but it was quickly ruled out for  Xhaka being adjudged to have obstructed Leicester keeper Schmeichel.

The Gunners dominated the first half with 11 attempts compared to 1 from the visitors but simply failed to convert those attempts to goals, Lacazette missed a few good chances.

Arsenal completely switched off in the second half after a lively first half which could have been due to Luiz’s forced substitution. The Brazilian defender had an excellent first half and was creating chances with his swift long passes from his own half.

Unfortunately he had to be taken off early in the second half because of an injury and was replaced by Mustafi who just recovered from an injury, hadn’t played for Arsenal since July and was culprit for Leicester’s goal.

A swift attack in the 80th minute saw Leicester’s substitutes combine a cross from Under met Vardy’s head for the goal. Tormentor in-chief Jaime Vardy has now scored 11 goals in 11 Premier League games against Arsenal.

Vardy has scored the second most goals against Arsenal.(Photo by Stuart MacFarlane/Arsenal FC via Getty Images)

What is the problem?

The goal conceded was a result of Mustafi’s poor positioning, knowing how dangerous Vardy is he should have stayed in his position but instead gave him all the space in the world. In general that team was poor in the second half and creativity was missing when Luiz went off.

Arsenal haven’t scored in two consecutive games and the stats are showing that they’re not creating enough chances. Arsenal’s average of 8.8 shots per game this season is the fourth lowest in the league so far and the club’s lowest average in over 15 seasons.

Arsenal’s talisman Pierre-Emerick Aubameyang is having a serious goal draught with only 1 goal in 6 matches, well some would argue you cant blame him he isn’t getting the supply, though he scored 22 goals last season for an Arsenal side that ranked among the lowest in the league for created chances.

Consecutive league defeats leave Arsenal 10th on the table with 9 points from 6 games (3W,3L) and a trip to Manchester United up next doesn’t look friendly.