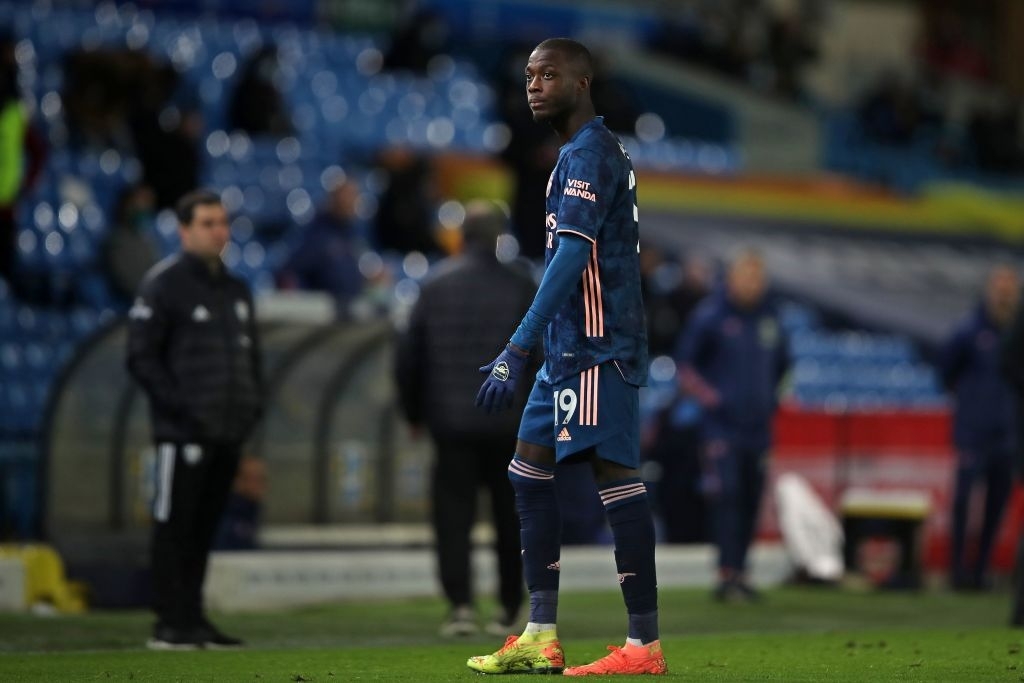 Arsenal’s record signing Nicolas Pepe was sent off early in the second half during the Leeds United match.

The incident left Mikel Arteta furious with Pepe after the game calling his behaviour “unacceptable”. The Gunners were quite lucky to leave Elland Road with a point and could have lost yet another game majorly because of this incident.

“I have let my team down at a crucial time of the game and there is no excuses for my behaviour,” Pepe posted on his Instagram account.

Pepe gets his marching orders. (Photo by David Price/Arsenal FC via Getty Images)

“I’m deeply sorry and would like to apologise to the fans, my team-mates, my coach and everyone else at the club.”

Both Pepe and Alioski were subject to racism on twitter with both clubs condemning the abusers.

The Ivorian winger will miss three league matches against Wolves, Tottenham and Burnley. He will however be available for the Europa League clash with Molde on Thursday.