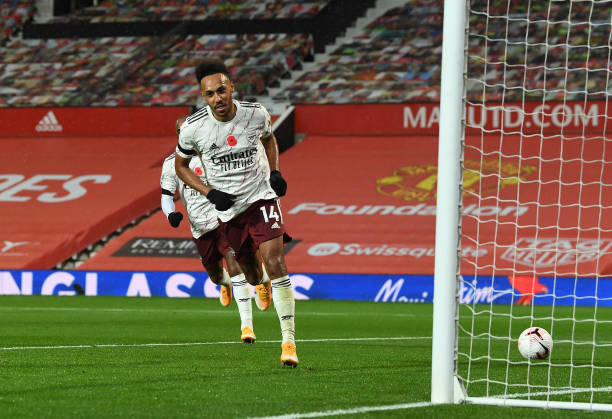 Arsenal Captain Pierre-Emerick Aubameyang has brought a lot of debate in the fanbase of the gunners this season as fans and some pundits have begun questioning Mikel Arteta’s decision to continue playing him in the left wing position even though he has played as a striker in the most of his playing career. The player himself has also for the first time opened up about the situation.

Pierre-Emerick Aubameyang has so far scored only two goals in the Premier League this season and this has raised concerns since the Gabon international has always been profilic in front of goal hence the Arsenal supporters starting to urge Mikel Arteta to start playing him as a striker since those playing there; Lacazette and Nketiah haven’t been impressive.

Aubameyang who scored 22 goals in the Premier League last season has for the first time opened up about his preferred playing position, saying that everyone does know where he likes but confirms that he is willing to play wherever Mikel Arteta wants him.

“I play everywhere, I don’t mind really, I really don’t mind. Everyone knows where I prefer to play but this doesn’t matter because I prefer to have many options than just one.”

“[You learn because] your movements are different if you play, for example, on the left. You have to play sometimes more in the pocket to try to connect with the midfield players.” Aubameyang told Arsenal Media.

“And it’s maybe different with the striker position, as a No 9. It’s completely different, sometimes you have to be wide, but when you are a striker you are more central and it’s really different.”

It will be interesting to see what position Aubameyang plays in on Sunday when Arsenal host Wolves at the Emirates Stadium since he was used in the striking role against Leeds United last weekend.