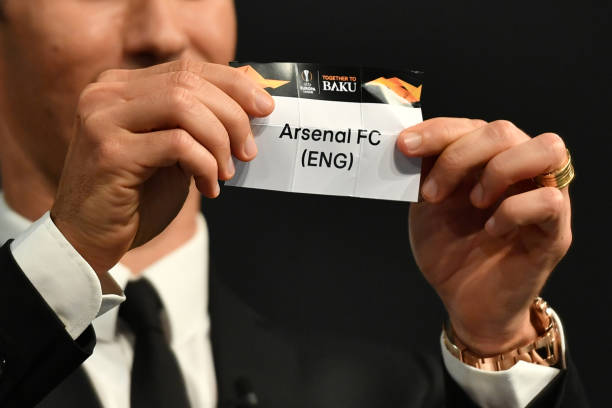 Arsenal's slip is raised during a Europa League draw

Despite the Premier League struggles Arsenal have had fun in the Europa League competition finishing top of their group with a 100% win record and 20 goals scored in the process.

But the next phase will be the serious one. Arsenal will have to mean business if they are to advance in the competition.

The Europa League Round of 32 draw will take place at the UEFA headquarters in Nyon, Switzerland on Monday 14th at 12:00 (GMT) shortly after the draw for the Champions League Round of 16.

Arsenal will be looking to finally win the Europa League

Arsenal’s possible round of 32 opponents:

Arsenal were the only club in either the Europa League or Champions League to emerge from the group stage with six wins from six and a maximum of 18 points.