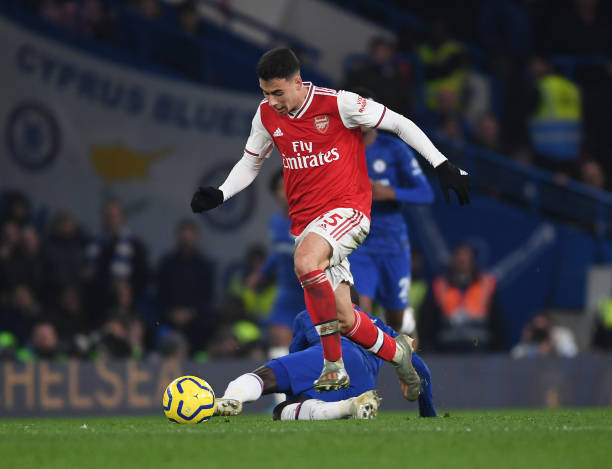 Arsenal signed Gabriel Martinelli in the 2019 summer transfer window and he had a great start to life as a gunner as he scored 10 goals in all competitions in his first season in English football. Martinelli has in the last few months been on the sidelines due to an injury but Mikel Arteta has provided fantastic news on the recovery of the young Brazilian.

Gabriel Martinelli was signed as a player for the future but he however became a player for the present as he was one of the best players in the first half of the 2019/20 season and he was also impressive in Arteta’s first months as he scored some important goals against Sheffield United and Chelsea.

Gabriel Martinelli got injured in training after the Premier League returned after a few months break due to the COVID-19 pandemic and he has since then been on the sidelines. Mikel Arteta recently faced the media ahead of Arsenal’s match against Everton and he was asked about the progress of Martinelli and he confirmed that the 19 year old was very close to returning and praised his attitude.

“Gabi is pure enthusiasm, energy, belief, charisma and goals.This is him. He’s around the training ground and he’s around our training sessions and the energy is different because he goes 100 miles per hour.” Mikel Arteta told Arsenal Player.

“He’s got this passion and his way of playing and he is a threat. He’s a player that we’ve been missing because he brings something special to the team. He’s contagious with his attitude and I think it’s going to be a big boost when we have him.”

It’s quite clear that Mikel Arteta is very fond of Martinelli and it will be interesting to see how he will use the youngster when he is fully fit as he has integrated Bukayo Saka well into the first eleven.