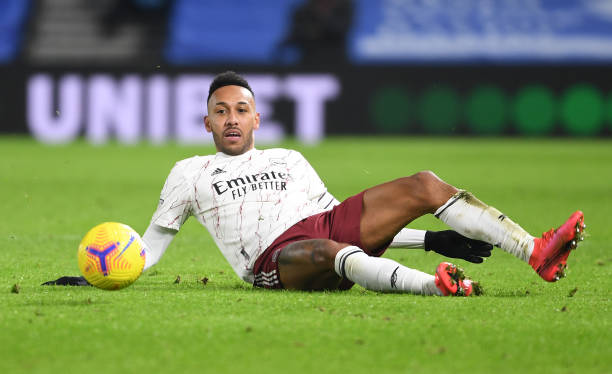 Arsenal striker and captain Pierre-Emerick Aubameyang has missed the last two matches due to personal family reasons as per Mikel Arteta before their encounter against Southampton on Saturday last week. Aubameyang didn’t take part in last night’s win over Southampton but Alexandre Lacazette and Bukayo Saka sent messages of support.

Arsenal was on Tuesday night welcomed to St Mary’s Stadium by Southampton and the gunners came out as victors as they won the game 3-1 thanks to goals from Nicolas Pepe, Bukayo Saka and Alexandre Lacazette. The Arsenal fans have observed the celebrations of Bukayo Saka and Alexandre Lacazette and have discovered how these two decided to send a message of support to their friend, teammate and captain Pierre-Emerick Aubameyang. Even the club’s official Twitter account has acknowledged it.

Thinking of you, Auba ❤️ pic.twitter.com/ilsvWypwfo

Arsenal manager Mikel Arteta faced the media after the game and was asked about Saka and Lacazette sending messages to their captain Pierre-Emerick Aubameyang and he claimed that he loves how they support each other, and also reaffirmed that support by claiming that their win over Southampton was for him.

“I love how they support eachother and protect eachother. Aubameyang is having a difficult time, we’re all behind him and this win is for him.” Mikel Arteta told Football.London.

Arsenal fans will be looking forward to having Pierre-Emerick Aubameyang back ahead of their match against Manchester United at the Emirates Stadium but there’s still a possibility that he could as well also miss that game as we are yet to know what happened but as we’ve said in the past, it’s advisable to not speculate as we will probably know in the next few days.

Bukayo Saka reveals what he told Lacazette before the Southampton game