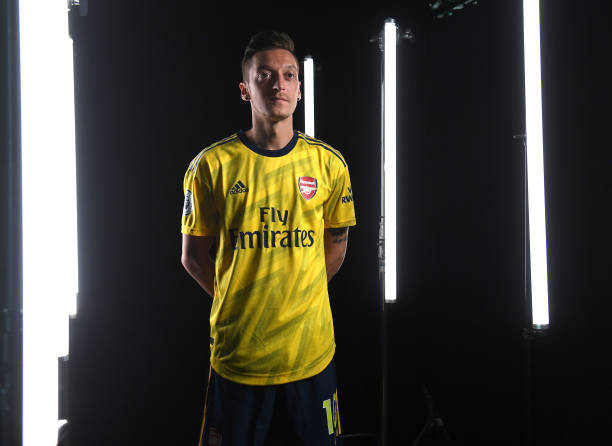 Arsenal midfielder Mesut Ozil has not played a game for the gunners since March as he was not given a chance at the end of last season and he was not registered in the Premier League squad for this season. A report is now claiming that the German international has started negotiations with DC United.

Mesut Ozil joined Arsenal in the 2013 summer transfer window and he has generally been a fantastic signing as he helped the gunners to end their trophy drought, and going on to add three FA Cups to their cabinet but things have gone sour for him and the club in the past three years after he signed a new long-term contract that made him earn £350,000 a week wages.

Arsenal tried to sell Mesut Ozil in the summer transfer window but were not successful as the German international wanted to stay, and they will now want to do it in this January transfer window. A report by Football.London has confirmed that Mesut Ozil has begun negotiations with Major League Soccer side DC United over a possible move and that the American club has put out an attractive offer to the 32 year old that seems to have no way back into Arsenal.

The report claims that DC United have promised to make him the face of the club and that the move would also include the expansion of his M10 brand. It however is not revealed whether Mesut Ozil has given a reply to the offer from DC United but negotiations starting shows that he might have made a decision on his Arsenal future and besides he just has only a few months remaining on his current contract at the club and there’s little to zero chance of it getting extended.

These reports come at a time after the club has just confirmed the loan deals for Kolasinac and Saliba and Mikel Arteta did say that they would be looking to trim their squad this month as its too big.