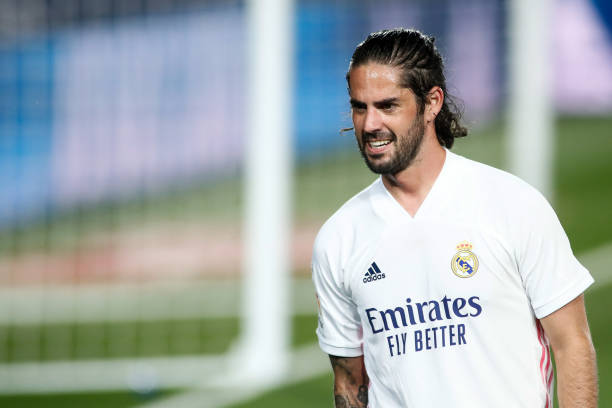 Arsenal struggled to create chances throughout this season apart from the last three matches and signing a creative midfielder is one of their main priorities in this January transfer window and Isco is a player that was linked with a move to the Emirates Stadium a few days ago.

Mikel Arteta’s Arsenal has been one of the worst teams in the Premier League this season when it comes to creating chances and so it wasn’t a surprise to many that the gunners were reportedly interested in the possibility of getting Real Madrid’s Isco on a short term loan deal since the club is tight with finances.

A report by Spanish outlet AS has confirmed that Arsenal will no longer be signing Real Madrid midfielder Isco on a loan deal as earlier reported because the gunners and their boss Mikel Arteta have been hugely impressed with the way Emile Smith Rowe has become an integral part of the squad with his performances in the last three matches.

The report claims that Arsenal’s interest in Isco didn’t just end just due to Mikel Arteta getting impressed with Smith Rowe but that because Sevilla are also interested in the four time UEFA Champions League winner. It also says that Mikel Arteta was of the view point that it would not be a good idea for him to try to bring Isco to North London when he is of the same profile with Emile Smith Rowe.

It will be interesting to see if Arsenal ending their pursuit of Isco will mean that they will not sign a new attacki midfielder this month even though the club had confirmed via their technical director Edu Gaspar that they would sign one in this winter transfer window.

Mesut Ozil reportedly makes a decision on his Arsenal future