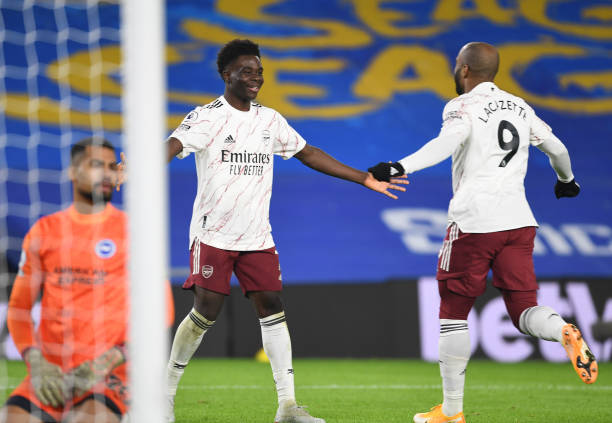 Arsenal’s journey in the UEFA Europa League will continue on Thursday when the gunners welcome Slavia Prague at the Emirates Stadium and they will come into this game, just a few days after their defeat to the Premier League Champions Liverpool. So here is the predicted lineup of the North Londoners with all eyes on Bukayo Saka and Alexandre Lacazette.

Bernd Leno was far from being the worst player on the pitch on Saturday when the gunners got beat 3-0 by Liverpool and so he should be in goal against the Czech side.

Kieran Tierney got injured in the previous match after a collision and the club has recently confirmed that he will be out for four to six weeks and there is high chance that Mikel Arteta might use Cedric in the left back position on Sunday while Bellerin plays on the opposite fullback place. Gabriel and Holding are Arsenal’s best available centre backs and so they will start.

Granit Xhaka missed the game against Liverpool and he was missed in midfield in that game but he will however take part this time along his midfield partner Thomas Partey.

Bukayo Saka and Emile Smith missed the loss to Liverpool but they will however be in the squad that faces Slavia Prague as they are on form. Saka and Willian are likely start as the wingers while Emile Smith Rowe plays as a central attacking midfielder since Martin Odegaard is a doubt for the game.

Alexandre Lacazette has been impressive in some games and this could lead to the dropping of Aubameyang for this match as Mikel Arteta is committed to the 4-2-3-1 formation and won’t definitely repeat the mistake of using him as a winger as it didn’t work against Liverpool.