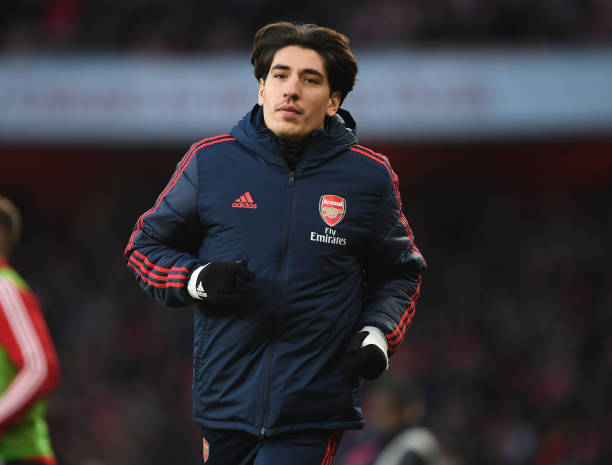 This is according to reliable journalist Fabrizio Romano’s tweet today. The Spaniard has been linked with an exit throughout this season, though his contract expires in 2023.

Bellerin joined Arsenal’s academy from Barcelona at 16 and broke into the first team during the 2014/15 season. He became a regular starter in Arsenal’s lineup until he suffered from a bad injury that ruled him out for a year, the injury also affected his game and he wasn’t the player he was before.

Fabrizio Romano also reported that Inter Milan’s Achraf Hakimi and Brighton’s Tariq Lamptey have been lined up as replacements.

Currently Bellerin has fallen out of the starting lineup in favour of Calum Chambers who has been solid ever since he returned from a lengthy injury.

The good thing is Arsenal won’t get peanuts if he leaves, the 26 year old still has a contract until 2023 so Arsenal will get some cash.

Arsenal have a number of options that can play at right-back. Cedric, Chambers as well as Maitland-Niles who has been loaned out but would want a much better and reliable player in that position.