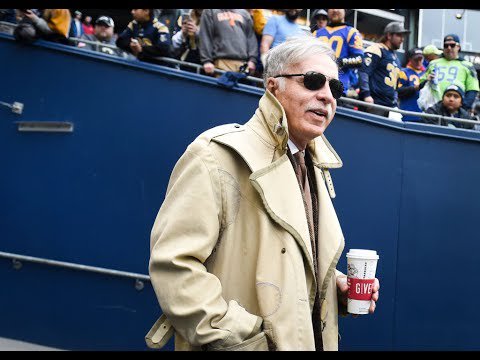 Spotify founder and billionaire Daniel Ek recently made the Arsenal fans excited when he revealed how he would be interested in buying Arsenal Football Club from Stan Kroenke but many still believed that it was just a PR stunt. Daniel Ek has however formally later confirmed that he is serious about buying Arsenal and its now reported that Stan Kroenke has set his asking price for the club as he wants to sell.

Arsenal supporters held a protest against their current owners after they had made a decision to join the European Super League without their approval and all the previous factors that the fans have said against KSE’s ownership of the club in the past few years. It became clear a few days ago how Daniel Ek was serious about buying the club but Kroenke Sports and Entertainment (KSE) released a statement saying that they were not willing to sell and that they would not listen to any offers but it’s now claimed that might not have been true.

The Daily Mail has released a report claiming that Arsenal Football Club are up for sale contrary to popular belief and that Stan Kroenke would be willing to listen to any offers in the region of £1.7billion. The report claims that KSE was approached by a financial consortium two years ago about buying Arsenal Football Club and that it was told that the Kroenke’s would accept a bid in the region of that amount.

It is reported that life long Arsenal fan Daniel Ek will be working with Thierry Henry, Patrice Vieiera and Bergkamp to try to acquire the club from Stan Kroenke and the Spotify billionaire has already come out on TV to claim that he will do everything to make this happen even if it will take a long time.