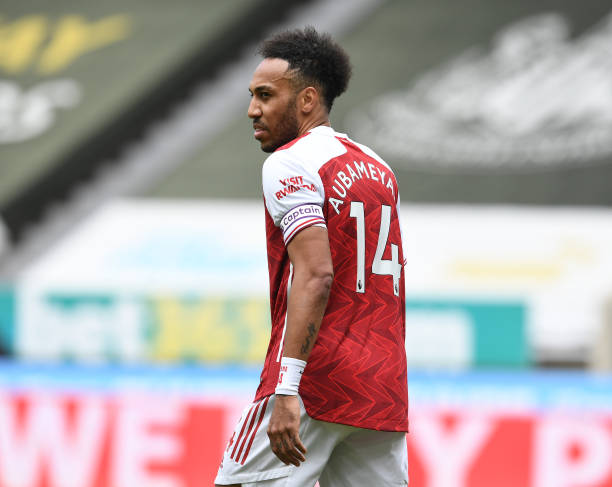 Arsenal faced Newcastle United away from home on Sunday in the afternoon and the gunners won the match 2-0 thanks to goals from Mohamed Elneny and Pierre-Emerick Aubameyang. This was Aubameyang’s first start in weeks and he has spoken out on the result and his goal.

Arsenal striker Pierre-Emerick Aubameyang was recently diagnosed with malaria and this saw him miss a lot of matches as the gunners captain even got admitted but he however made his first return in the UEFA Europa League game against Villarreal as he went to the pitch in the second half as a substitute.

Pierre-Emerick Aubameyang was on Sunday then finally given his first start in weeks and he didn’t disappoint Mikel Arteta as he found the back of the net in the second half after a good move by the gunners saw Gabriel Martinelli hit a wonderful cross to the penalty box, and the Arsenal captain stretched himself and tapped it in to make it 2-0 for the visitors. Aubameyang faced the media after the game and had this to say;

“We needed this one. I think after a few games without winning, it was important to win just before our important game on Thursday. It’s good for the confidence for all the team.” Aubameyang told Arsenal Player.

Aubameyang was asked about the goal he scored and wholesomely praised Gabriel Martinelli who gave him the assist.

“It was a great goal. I think Gabi did incredible work today and he gave me this assist as well. All credit to him. I was really happy to score.” said Aubameyang.