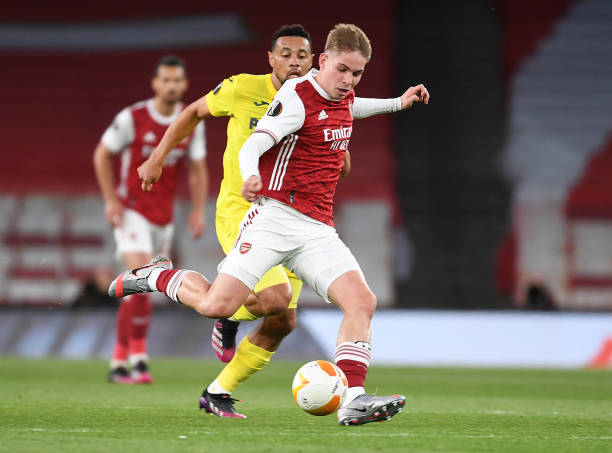 Arsenal defender Kieran Tierney has agreed a new five-year contract and is expected to sign it in the coming weeks according to The Guardian.

The 24-year-old fullback has been very reliable for Arsenal ever since he joined from Celtic in 2019. The Scotsman always puts 100% in his game whenever fully fit and has been tipped to be the next Gunners captain.

Tierney’s current contract runs until 2024 but the new five-year deal will upgrade his wages to £110,000 per-week.

Tierney signing for Arsenal back in 2019. (Photo by Stuart MacFarlane/Arsenal FC via Getty Images)

After securing Tierney’s on a long-term basis Emile Smith-Rowe is expected to sign a new long-term contract.

Arsenal received a cheeky £25m offer from Aston Villa for Smith-Rowe but had to quickly reject it. The 20-year-old has been impressive ever since he was brought into the lineup in December.

In his 20 Premier League appearances he scored twice and assisted four times as he went on to show Arteta how important it is to play with a no.10.

Smith-Rowe currently earns £20,000-a-week and his new contract will be a significant upgrade on his wages as a reward for his display.