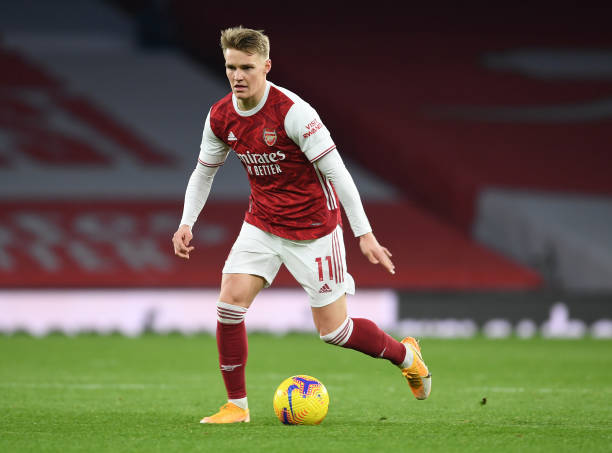 Spanish giants Real Madrid have told Arsenal they can have Martin Odegaard for £35m but are willing to accept this deal if it involves Emile Smith-Rowe heading to Spain. The Daily Mail reports.

Smith Rowe has been the subject of interest from a number of clubs and yesterday Arsenal had to quickly turn down an audacious £25m bid from Aston Villa for the English youngster who had an amazing breakthrough season.

The Gunners are not interested in selling the 20-year-old academy graduate and are working hard to ensure he signs a new long term contract.

Arsenal are still in search for a playmaker and are contemplating their options after Aston Villa stole Emiliano Buendia from their sight.

Leicester’s attacking midfielder James Maddison is “at the top of the list” for Arsenal in the summer transfer window according to football.london.

The same source claim that Arteta is a fan of Maddison and will target him this summer, with the Odegaard deal looking highly unlikely and the player set to stay at Real Madrid after returning from his loan spell in north London.

Arsenal would have to pay at least £60m for the 24-year-old who scored 8 goals and provided 5 assists for the foxes in 31 Premier League appearances.