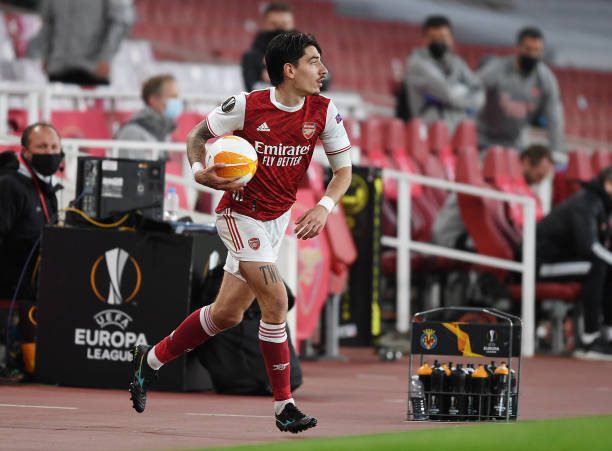 Arsenal manager Mikel Arteta promised a major revamp of the squad in this summer transfer window and right back Hector Bellerin could be one of the players that could be on his way out of the Emirates Stadium this month as Inter Milan are interested in him after losing Hakimi to Inter Milan. Reports from Italy have now come out with claims about Bellerin’s proposed move to Inter Milan.

Hector Bellerin had a hard time in the previous campaign as he was no longer the first choice right back of Mikel Arteta as the Spaniard started Cedric Soares and Calum Chambers ahead of him in some matches, and it looks like he has decided that this might be the perfect time to move on from North London since he has been there since he was a teenager.

Italian outlet Calciomercato.it is reporting that Hector Bellerin’s agent will make a trip to England to have talks with the club about his client’s future since the player has apparently also already accepted to join Inter Milan in this summer transfer window. It is claimed that the only thing stopping this transfer from happening is that Arsenal are yet to give their green light to it so that Bellerin could leave the club.

The report also further mentions that Inter Milan would love to sign Hector Bellerin on a loan deal with an obligation to buy clause and that the Italian side will wait to hear what will come out of this meeting before deciding whether to end their interest in him. Bellerin is yet to publicly comment on his future in the past few months.