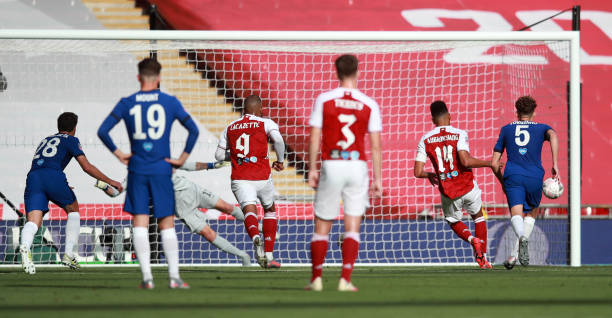 The first Premier League matchday ended in tears for Arsenal as they lost to newly promoted side Brentford and their next game will be up against the UEFA Champions League winners, Chelsea. This will be an important game for Mikel Arteta as it was will be bad for him if the gunners to lose two consecutive matches when they have spent a lot but the Spaniard has however received good news ahead of that game.

Arsenal captain Pierre-Emerick Aubameyang and Alexandre Lacazette were not involved in the first game of the season with the club officially communicating that the two strikers had an illness and there had been fears that they could as well miss this Sunday’s London Derby against Chelsea at the Emirates Stadium.

Arsenal fans have however received good news ahead of their match against Chelsea after its been confirmed by the club in the latest team news that their captain Pierre-Emerick Aubameyang had earlier tested positive for COVID-19, and that he has now tested negative, and that he will now be assessed before Sunday’s game giving hope to supporters that they could have a senior striker lead the line against a top opponent.

Alexandre Lacazette is however still recovering as per the club’s communication and the fans will hope that the Frenchman also returns soon as they missed him and Aubameyang in the game against Brentford. Arsenal boss Mikel Arteta will be happy that Aubameyang is now okay and will now hope that he is cleared to play in the game against Chelsea as Martinelli and Balogun might not be ready as seen last weekend.