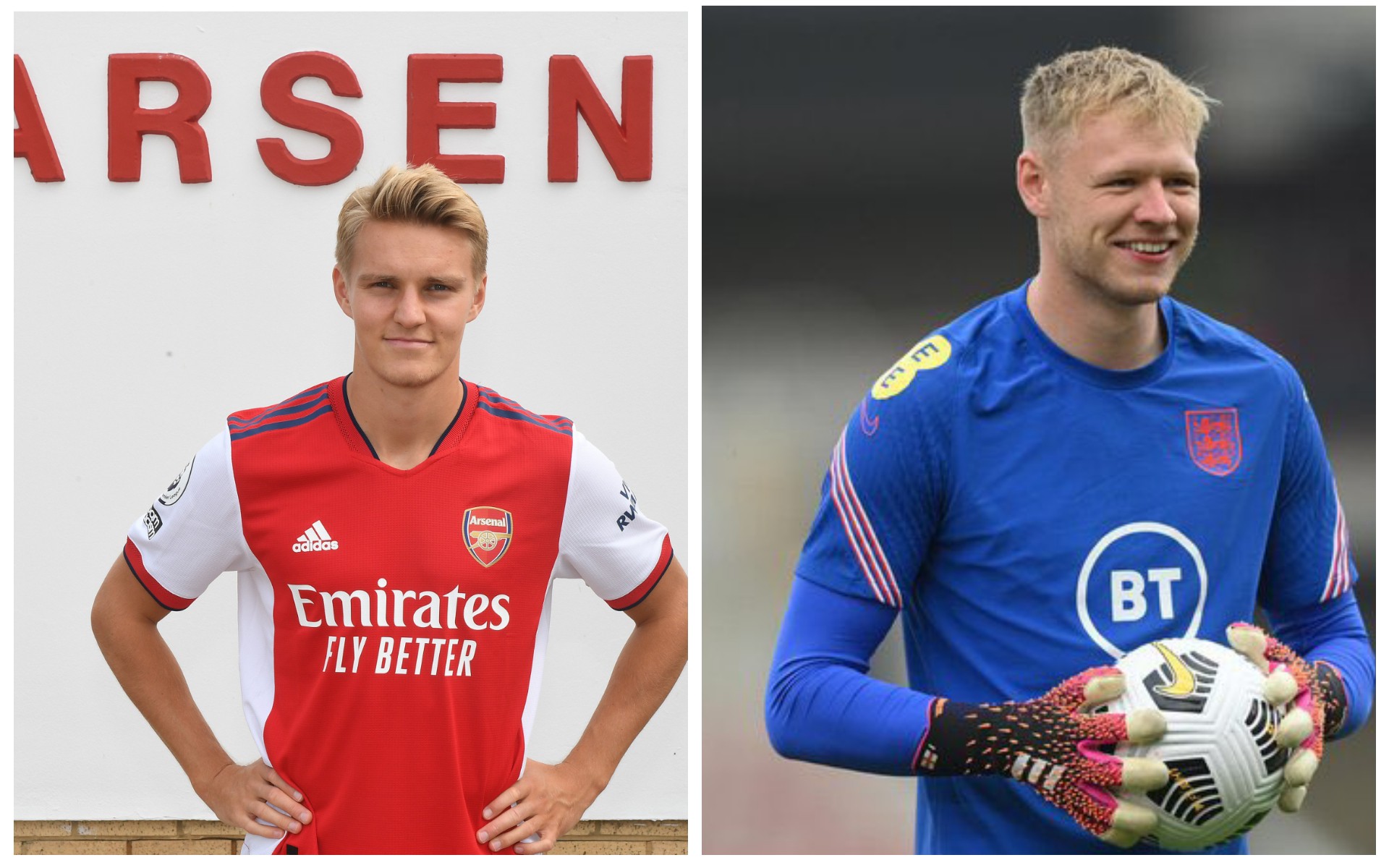 Arsenal have been pretty busy in this summer transfer window as they have so far signed five players to bolster their squad ahead of this important season. Aaron Ramsdale though yet to be officially announced and Martin Odegaard are the two new incomings that have arrived at the North London in this week.

And so we are going to take a look as to how Arsenal could lineup with these two signings in the future with the thought we don’t get any new departures or arrivals and that everyone is fully fit.

HOW ARSENAL WILL LINEUP WITH ODEGAARD AND RAMSDALE

Aaron Ramsdale will be an interesting signing as everyone is surprised that the gunners spent that amount on him when he will just be a back up for Bernd Leno but some football analysts have claimed that, the North Londoners might have spent that much amount on him because they believe he is capable of being the first choice goalkeeper since Leno has also struggled a bit in the past few months.

Ramsdale in the above lineup would be incredible because he is good at playing out of the back and Gabriel, and Ben White’s calmness under pressure would provide him the needed confidence to play the way Mikel Arteta wants his team to do in all matches.

Martin Odegaard’s inclusion will be problematic as it will now rise questions on where Emile Smith Rowe will be playing as they almost play in the same position. Odegaard will however be chosen over Smith Rowe as he has more experience and he is an outstanding midfielder as he showed in the months he spent at Arsenal that he is great at linking up with Pepe, and Saka on the flanks.

How Arsenal will lineup with all their five summer signings